After I’d been in Regensburg for a month or two, I started to notice certain signs.  I don’t know what precisely they represent or who put them up, and nobody I’ve asked (including the desk clerk at the local tourism office) seems to know.  They look like this. 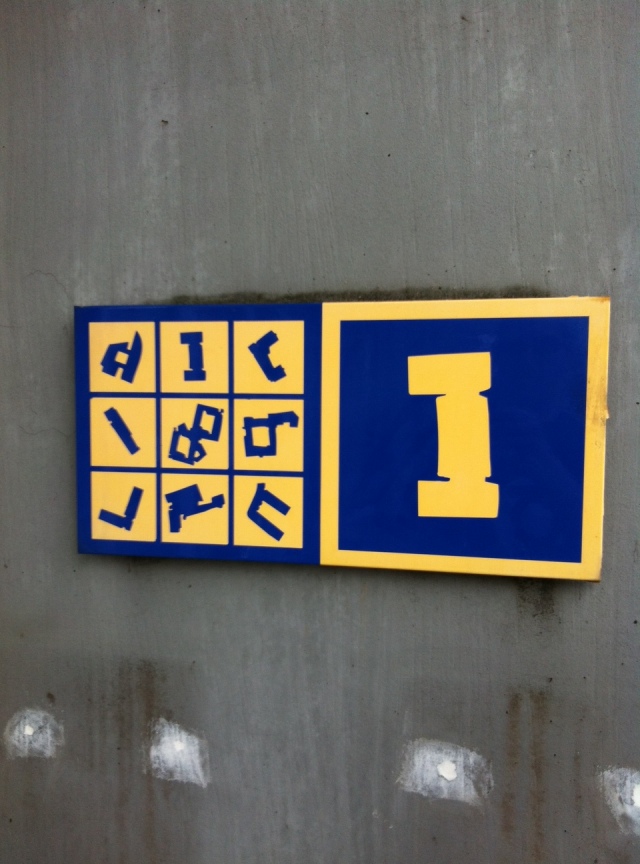 They’re on historical buildings, storefronts, restaurants, and gates to open green areas. I’ve seen them on hotels, churches, museums, and in one case, on a wall adjacent to a courtyard.

I figured out pretty quickly that the shape in the large square is the outline of the building or park the sign is attached to.   The other shapes are obviously other buildings or parks.  Sometimes, only the right half of the sign appears, but usually they appear like this. 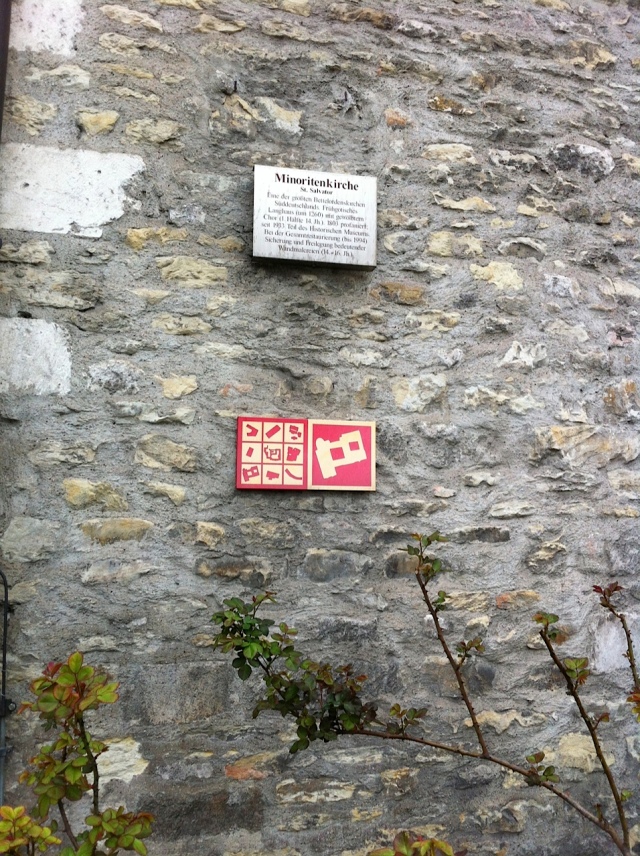 I’ve taken pictures of more than two dozen of them.  I’ve tried dozens of Google searches to find out precisely what they mean, but so far I haven’t found the right combination of search terms to solve the mystery.

In my more frustrated moments, I like to think that they’re actually a dialing address for a Stargate, but I haven’t seen a DHD since I got to Germany.

I probably won’t figure out the mystery of the signs until it’s time to move back to the US.