Oktoberfest is the world’s largest fair, and it runs for sixteen days every year from late September to the first Sunday in October.  (It runs for seventeen or eighteen days on years when the first Sunday in October is the 1st or 2nd of the month, because the 3rd of October is a holiday here, German Unity Day.)  It was started in 1810 to celebrate the marriage of King Ludwig I to Therese

This year’s Oktoberfest started on September 22nd and runs through Sunday October 6th.  In Bavaria, its often referred to simply as die Wiesn.  This refers back to the name Theresienwiese (Theresa’s Meadow),  the fairgrounds in the center of Munich where it takes place.

Many of my bloggy friends in Germany have written about Oktoberfest.    LLMW wrote “Best Bets for enjoying Munich’s Oktoberfest & the Parade” and Alex wrote about how to get a seat at oktoberfest in munich.

I went to Oktoberfest on a Thursday with Jenny.  The day before, it had been sunny in Munich.  Not so on our chosen day.

This is the Hippodrom tent, one of the first tents seen when you enter Theresienwiese.  It’s very popular with the younger crowds.

Inside the Hippodrom tent, at around 4pm on a Thursday:

A percentage of the tables in each tent can be reserved.  Often, companies reserve these tables and food is on standby for these reservations. 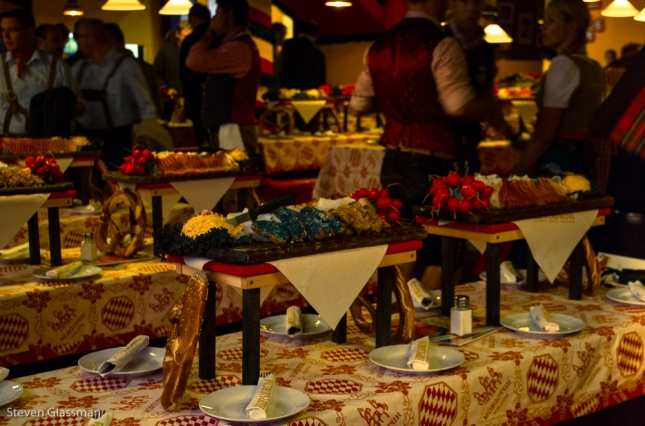 A job I would not want:  Dishwasher at Oktoberfest.  This is one of many racks of beer steins ready to be filled.

The Löwenbräu (Lion’s Brew!) tent.  The Lion is mechanical-  it lifts the stein and drinks, then roars.  Highly entertaining.

Sekt is champagne.  This was a wine tent.  As a result, it was a bit more mellow than the other tents.

Theresienwiese is adjacent to the Bavaria Statue.

As with all festivals in Germany, there are places to buy Lebkuchenherzen (gingerbread hearts) on ribbons.  They’re decorated with various phrases, and it’s traditional to buy one for your significant other.  It’s not uncommon to see people walking down the street wearing these.

This carriage was pulled by six of the most enormous horses I have ever seen in my life. 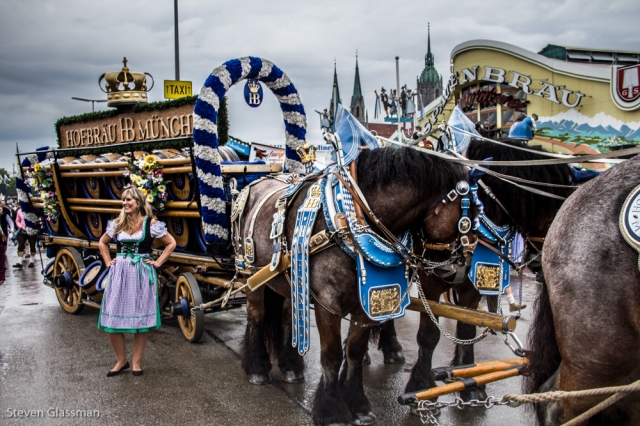 This one had slightly smaller horses.  Still big, though. 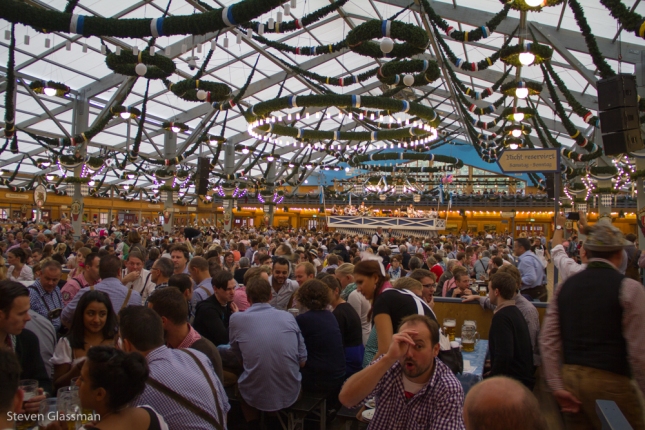 Bavarian men always seem to have such jaunty hats. 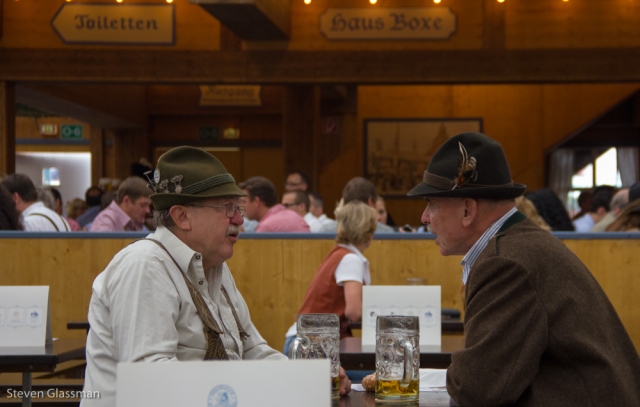 Just one of these is heavy.  This woman must have incredible upper body strength.

Children in Tracht (traditional clothing) are pretty much always adorable. 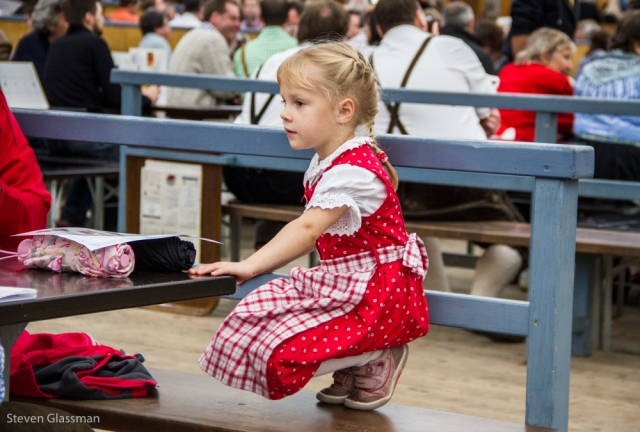 I do love the giant pretzels…

After lunch, we went back outside, to check out the rest of the fest.  There’s a lot of rides.  This is the view as you’re approaching the front of Theresienwiese.  That ride with the airplane on top goes much higher and faster than we expected.

I’m still trying to figure out why a) this one has American flags all over it, and b) the breakdancer is a Gremlin.

There are several places to ride bumper cars, which is a great idea after drinking a few liters of beer.

The ferris wheel at the back seemed like a good idea, because the gondolas are covered.

These next two pictures were taken from the ferris wheel, during one of the many rain bursts.

You can just barely make out the white balloon with a red cross in this picture.  That balloon made it easy to find the first aid tent from a distance-  kind of ingenious, in my opinion.

While most of the locals went with traditional Lederhosen and Dirndls, a few people went with a more modern take on Bavarian garb.  I like to think of the guy on the left as Bavarian Jesus.

Do you have any fun Oktoberfest stories?

15 thoughts on “Oktoberfest In The Rain”