At about 1:30 in the morning, I was still awake.   At around 1:30 in the morning, I’m almost  always awake.   I track my sleep with the Fitbit on  my wrist-  it’s not a perfect tracker, but it does a pretty good job of noting when I stop tossing and turning.   My regular sleep patterns look a great deal like this one, except Monday was extra horrific because of Daylight Saving Time.  The blue lines indicate restlessness (tossing and turning) and the red line indicates I was completely awake.  If it’s a work day, odds are pretty good that my sleep didn’t break much more than six hours.

I have good intentions, I really do-  I generally brush my teeth and get into bed before midnight.    There’s always a lot of tossing and turning, though.  Sometimes I just can’t get comfortable.

Sometimes I can’t get my brain to shut off.  Once in a while, I use an over the counter sleepytime pill (diphenhydramine, usually) to help out- that’s why there’s a big swath on Monday with no indications of restlessness.  The image to the right is a pretty normal night.   I don’t know if it’s the bed, or the extra electronic light in the room where I sleep, or the temperature, or all the things that are chasing my attention, or some combination of the above, but the lack of good sleep is starting to grind me to a pulp.

I started this post at about 1:30 AM last night, intending to say a whole lot of other stuff about how much it sucks to not be able to sleep.   Since I started thinking about the blog post, I continued to be wide awake until about 3 AM.  Then I conked out until work called me at 5:45am with an emergency.  I made the mistake of caffeinating myself in order to solve a technical problem, and was able to go back to sleep for another hour after.  My total sleep for last night: 3 hours and 39 minutes.

Being on call for work is a temporary condition, and they very rarely need to wake me up from a sound sleep.  The rest of the scenario from last night is all too common, though.  I’m partway through my relocation to Orlando, and my to-do lists have their own to-do lists.  I need to find a better way to shut my  mind off so that my body will actually go to sleep.

* – “Sleep. Now.” is a line from Dark City, and also the title of one of my favorite songs from the soundtrack. It’s a pretty groovy little tune. You should check it out.

What do you do when you can’t fall asleep? 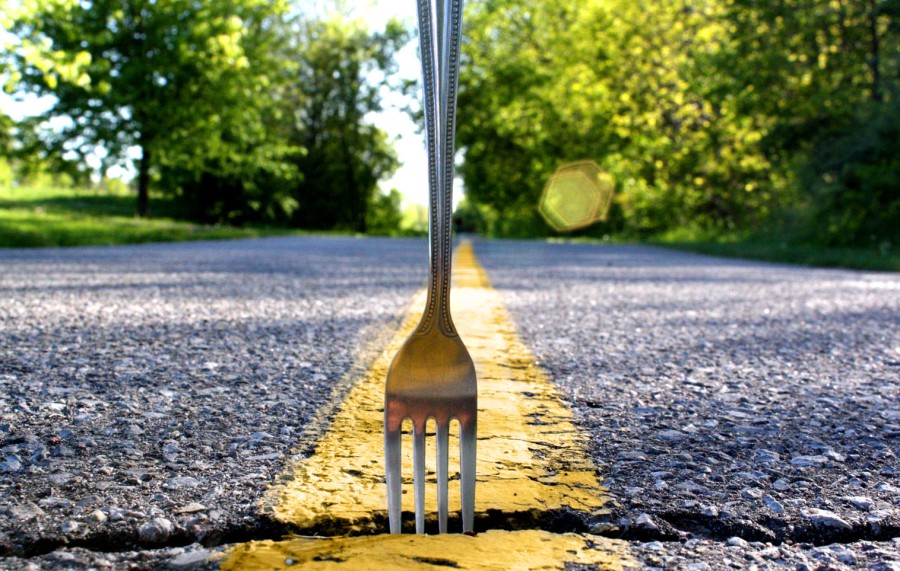 There are a lot of things that have been stressing me out lately.  I’m basically this puppy on the best of days:

Here’s a short list of the things that are stressing me out:

Looming unemployment:  I haven’t spoken much about this yet on the blog, but I found out a few weeks back that after more than fourteen years, my last day with Mr. Company is the 15th of December.   This is something that we’ve all known is coming since certain announcements were made during the summer of 2015.   Knowing that it’s coming at some vague future date is not the same thing as knowing precisely what your end date is, however.

I know I’ll be able to get a job, but I’m nervous about what type of job that might be.  After all, I still don’t know what I want to be when I grow up.  Still, this is not insurmountable and I know I’ll get through this.  I just have to plan for it and take some time to process everything.

The end of my lease:  My apartment lease ends on the 9th of December.  Armed with the foreknowledge of my end of employment, and certain that I want to move out of South Florida, I chose to let the lease go.  Over the next month, I will be putting my things in storage and relocating once more to my very gracious brother’s spare bedroom.  His rent is much more reasonable than any South Florida apartment, and the company is marvelous.

Large crowds and long distance travel:  You’d never know it from all the trip reports in this blog, but I do have travel anxiety, and I definitely have problems in large crowds.  This runs contrary to that thing where I keep going to concerts at big venues in faraway cities, but that’s my personal circle to square.

My father’s health:  This is another thing I don’t talk about very much on the blog, but it’s a huge stressor for me.    Last winter, my dad fell and broke his hip.   One year previously he had broken his other hip, so his recovery went much less smoothly this time around.  His mobility has never quite recovered, and he uses a walker now.   I go to visit him when I can, but that’s never more than once every week or two.  It’s traumatic and astonishing to see my father change this way-  my dad is about to celebrate his 78th birthday next week, but it’s only in the last two or three years that he’s really ever seemed old.

The irrational fear of robbery:  I have a minor OCD tick in which I check my door lock several times before I leave for the day.  I do this every day.  Intellectually I know that the door is locked the first time.  Furthermore, there’s almost nothing in my apartment that is irreplacable-  I usually take my laptop with me to work, and most of the things that are valuable to me would be worthless to another person.

This thrice damned election:  Every time I read anything about this election, it makes my heart beat faster. I had to stop listening to Rachel Maddow for a while because it was just too much.  I have full blown election anxiety, and I’ll be really glad when it’s over.

Change:  After moving to Germany without knowing the language and having never been to Europe at any prior time, you might think that I take change in stride.  In some cases, that’s true.  I can handle small crisis with unflappable grace- a flat tire, a burned pizza, an unexpected cancellation.  Those are easy.

Now, however, I find that for the first time in literally decades, I don’t know what’s next.  I’m changing my job and my residence all at once, but I don’t know what either one will be.  I know where I’ll be as 2016 ends, but I haven’t got the foggiest idea of where 2017 will take me.  I have a vague mental image of finding a dream job and getting the hell out of South Florida with Amelie by my side, but I don’t know entirely what that looks like.  I’ve barely had time so far to process the changes that are coming, because I’m still too busy closing the books on all the things that are ending.

What stresses you out?  How do you combat your stress?