One of the questions that my friends and family back home have asked me frequently is “Steven, how are you doing with the cold?” To my friends in Chicago, New York, New Hampshire- this is a silly question, because I haven’t seen temperatures here that are colder than what they’re used to seeing.

However, it is important to remember that I’ve lived in South Florida for my entire life until now. Here’s a helpful comparison: Right now, it’s 37 degrees fahrenheit and sunny (yes, sunny!) in Regensburg. Back in my former home of Delray Beach, it’s 66 degrees. For South Florida, 66 degrees is chilly. When I left, it was closer to 80 degrees there.

Editor’s note: I’m talking about the temperature in Farenheit instead of Celcius because nearly of my readers are back in the United States.

Since I arrived, it has been pretty comfortable- the temperature has only rarely dropped below freezing. We’ve had some days that are considered unseasonably warm by the locals with temperatures climbing up into the forties. Although I’ve seen some snow here, it’s never been on the ground. I’ve needed an umbrella more often than I expected for November and December. The Internet says that the weather is pretty moderate here, with temperatures seldom dropping below freezing when the sun is up. Last year was a bad winter, the locals all say, and there was a great deal of snow.

The record lows here in the past have gone to twenty or thirty below 0, but those are extremes. The averages are much more moderate- although it will drop below freezing here, it probably won’t drop below 0 on the fahrenheit scale. 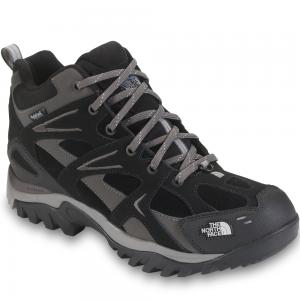 For this former Florida resident, adjusting to the November and December temperatures has been largely about changing what I think of as “cold.” Before I left for Germany, I tried to outfit myself with a sort of Florida Resident Cold Weather Starter Kit. I went to Burlington Coat Factory and got a big heavy jacket with an inner shell that was removable, one that was moisture and wind resistant. I went to a ski store (after the shock of learning that there was a ski store in Florida) and got some smartwool socks, a scarf, a pair of heavy gloves, and a pair of boots that are designed for snow. I also picked up some thermal inner layers, high tech stuff that wicks moisture and so forth.

What I am learning is that most of the time, I don’t need the high tech polyester stuff on my torso- a regular long sleeved t-shirt handles the heavy lifting of layering for warmth quite nicely. The Hot & Chilly’s will come in handy when it gets colder, I imagine, but for now they’re not completely needed because it’s not that much colder here than it was in my Boca Raton office, which is always freezing.

After a full month here, I’ve finally sorted out that the whole point of a scarf is to keep your neck warm. I thought it was just to keep wind off the back of your neck, and I started out wearing it draped over the neck with the ends dangling. After watching how other people used them, I started to wrap it around my neck, which led to a few days where I looked truly silly. In the last few days, I finally realized that the closer the scarf is to my skin, the warmer my entire body feels. Don’t understimate the power of the wind to make you feel cold.

I’ve also noticed a lot of people here wear Converse. I decided to try my beloved Chuck Taylors today, and I can now say with certainty that they’re not ideal for this climate. I’ve worn them in New York, Las Vegas, Hong Kong, and many points in between, and they’re just not a cold weather shoe. This fully explains the fur-lined Converse I saw in the shoe store- I thought it was overkill, but I bet it really helps to keep the cold from creeping up into the soles of your feet.

The one thing that I wish I had packed more of before I left the US is long-sleeved cotton t-shirs. I have a half dozen of them, mostly with designs on them. I have a couple of simple cotton long-sleeved t-shirts though, and they’re worth their weight in gold for layering to handle movement between the office and the bus stop, and for walking in and out of buildings when the temperature is hovering around two degrees Celcius.

That’s about 35F for you Florida folk.