This town consistently does little things to remind me just how awesome it is.  For example, we wanted to go to dinner tonight at Pam Pam, a great little Italian restaurant in the Altstadt.  Dinner was fabulous, and so was the event we found when we got to Haidplatz.

As we rounded the corner, we walked into the midst of an enormous crowd.  There were tents, kiosks, and a small stage.  A band had just started playing the classic Toto song, “Hold The Line.”

As I looked around, I noticed some other things-  lots of rainbow flags, for one thing.  And a lot of same-sex couples holding hands, which is not all that unusual here, but is still nice to see.  One of the kiosks was about HIV prevention.   There was one guy wearing a head to toe black leather biker outfit, looking suspiciously like he was auditioning for the Village People.  All of these visual clues together could mean only one thing-   we had just stumbled into a Gay Pride event.

This is a huge event in Berlin and Cologne, but the day is celebrated in major cities all over the country.  Normally, there’s a parade but Regensburg didn’t have one this year.   I had no idea that CSD was happening at all, or I probably would have tried to get a good seat for the live music.  I’ll need to make a note on my calendar for next year- I love a good parade.

I didn’t get any pictures of the rainbow flags or the adorable hand-holding couples or even the black leather guy I mentioned earlier, because I didn’t know they’d be there.  I did snap a picture of the band though, and one generic crowd photo, so I’ll include those here.

I didn’t make this last picture.  I’m only including it because it always makes me laugh. 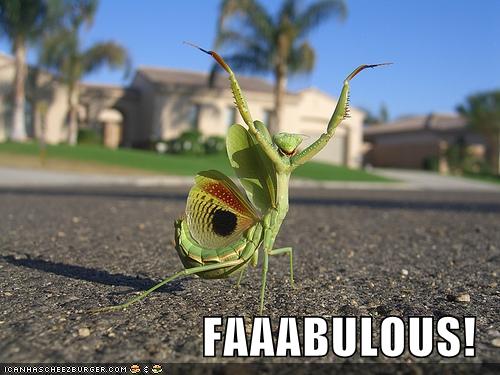 One thought on “Dinner Was Fabulous”