After seeing how much the locals get into the Eurovision song competition, I thought I understood how the locals responded to competition. That was before the UEFA European Football Championship started.

UEFA, or the Union of European Football Associations, is an organization that coordinates the national football associations throughout Europe. Much like Eurovision, UEFA was founded in Switzerland in the 1950s.

A brief digression to translate for my American friends: Whenever I say football in this blog, I’m talking about the game that Americans know as soccer. If I’m talking about the big crashy game with the helmets and the pigskin, I’ll refer to that as “American Football,” or “Big Guys Running Into Each Other Really Fast In Between Beer Commercials.”   Here’s John Cleese to explain the differences further:

Just before Euro 2012 started, people began to decorate their cars, and in some cases, their homes with national colors.  Here’s two examples in Germany to give you a sense of this.   Even the lei hanging from the rear-view mirror is in German colors. 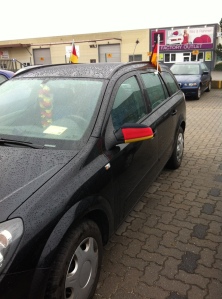 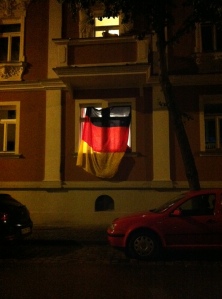 When your team wins, the celebrations are boisterous and jubilant.  Germany won their match the other night, and there was honking horns and celebrations for hours afterward throughout the city, much of it audible from my apartment.

The opening rounds of Euro 2012 started when I was in Amsterdam a few weekends ago. I was in Holland when their team was playing, and I was not prepared for just how invested people are into their national teams.    The Dutch fans went all out.   Buildings were decked out in the team colors, and some had giant inflatable balls: 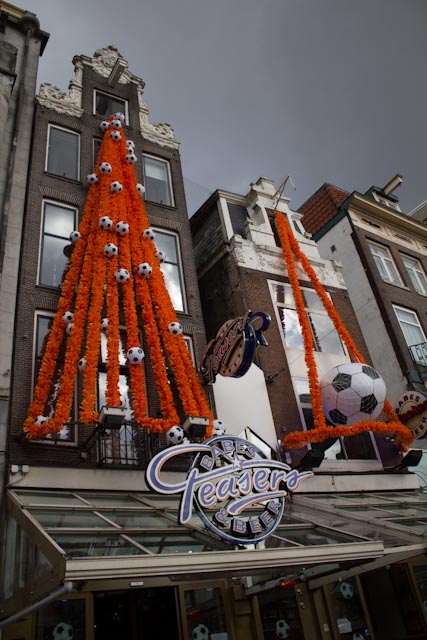 People wore amazingly orange costumes throughout the city-  I saw full orange business suits, orange wigs, orange cowboy hats, orange wooden-clog-shaped shoes, and more.  I’m not even sure what to call this outfit: 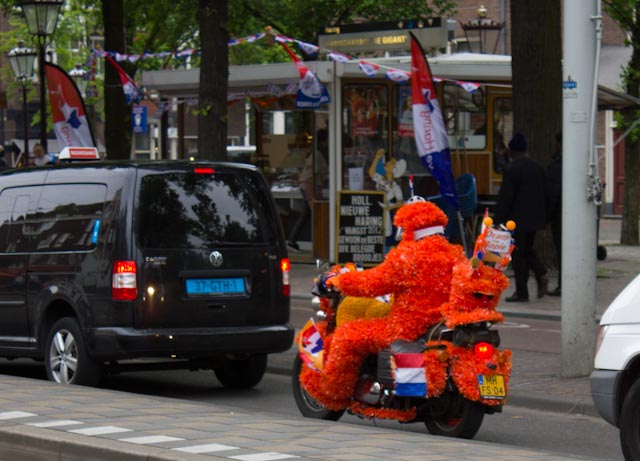 The team spirit is so inclusive that even the furry folk get dressed up in their team colors: 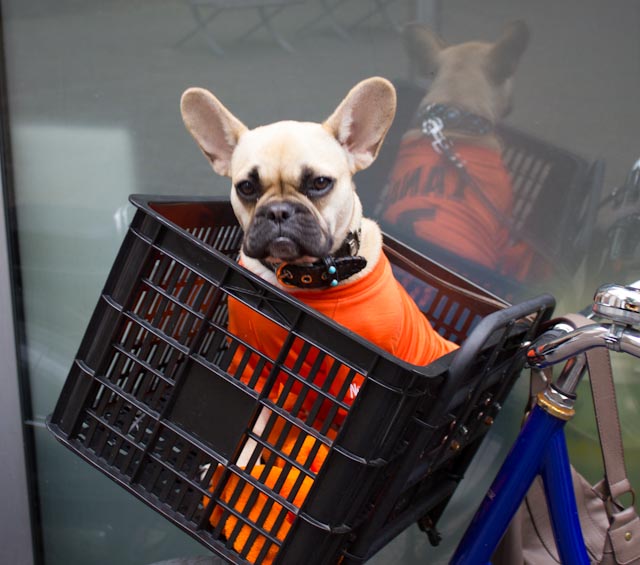 Unfortunately for the Dutch fans, Holland has not done well this year.  I think that’s why this pup looks so sad!

We’re in the quarter-finals now, with Germany facing Greece tonight.  If Germany makes it into the semi-finals, then they’ll be playing either England or Italy next.  I’m hopeful they’ll make it into the finals, but all the remaining teams are very good so it should be an entertaining next few days.

As a temporary German, I feel obligated to show team spirit by wearing their colors on my lanyard at work. 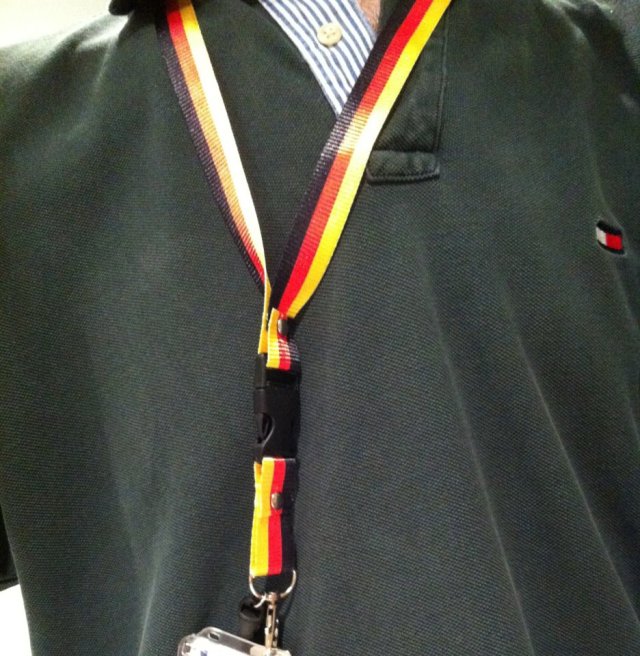