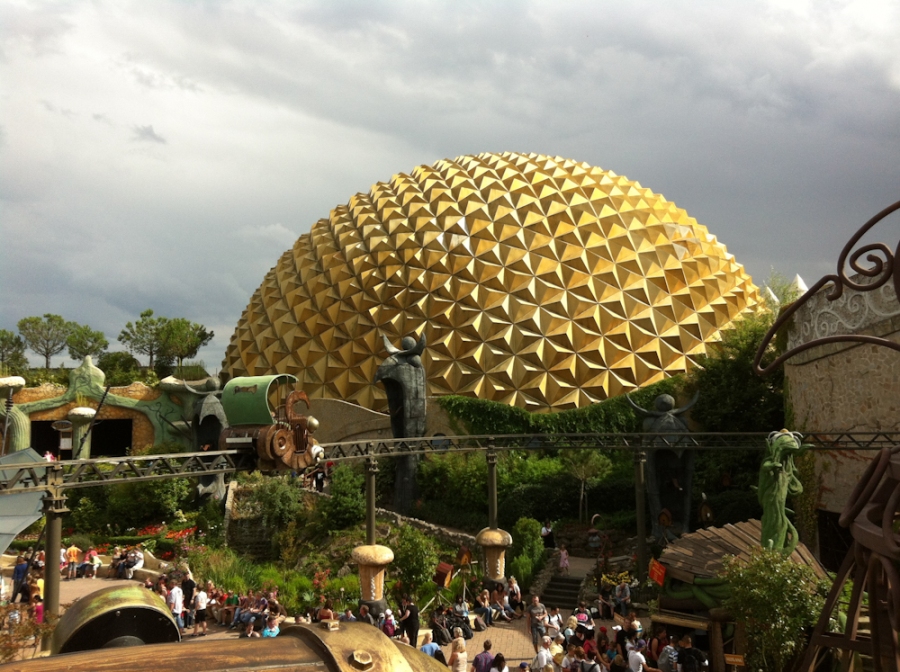 It’s safe to say that the few years I lived in Orlando kind of spoiled me for theme parks-  Disney and Universal are the gold standard for theme park crowd control, ease of navigation, and kick ass rides.  That doesn’t stop me from trying other theme parks though.

Since I was already in Köln, it seemed like a good idea to spend a day in nearby Brühl to visit the 45 year old Phantasialand theme park.  I stayed in Brühl the evening before going to the park, but I could just as easily have stayed in Cologne-  you can get to Brühl Mitte from the Cologne Bahnhof in thirty minutes or so via a streetcar, and from there, a bus runs to the theme park every so often.

The entrance area was chaotic and not very well organized, which led to the quote of the day: “I hate this park.”  Even though I had a lot of fun in Phantasialand, this was said at least a dozen times throughout the day.

Phantasialand is broken up into several separate lands, none of which are very clearly marked.  We got turned around several times and had trouble finding our way repeatedly throughout the day.

One thing they did right, but in a strangely frustrating way, was their version of Speedpasses.  You can buy them in packets of four, but the entrances aren’t always easy to find or follow.  Still, the Speedpasses made it possible for us to ride a lot in a single day that we wouldn’t otherwise have managed.  They turned 70-90 minute waits into ten minute waits on several of the rides.

I posted some pics from the theme park to Facebook, and a lot of my friends commented that it looks a great deal like EPCOT back in Florida.  I can understand why though-  Phantasialand has a golden geodesic dome over one of its attractions.  This was built after EPCOT’s Spaceship Earth, but it’s still an easy comparison to make. 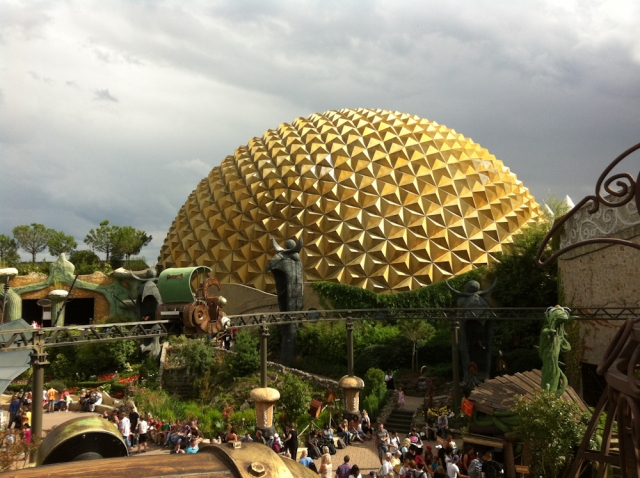 The park has an often fantastical look about it.  For example, this ride is called the Würmling Express, and it’s a sort of single car slow-moving monorail. 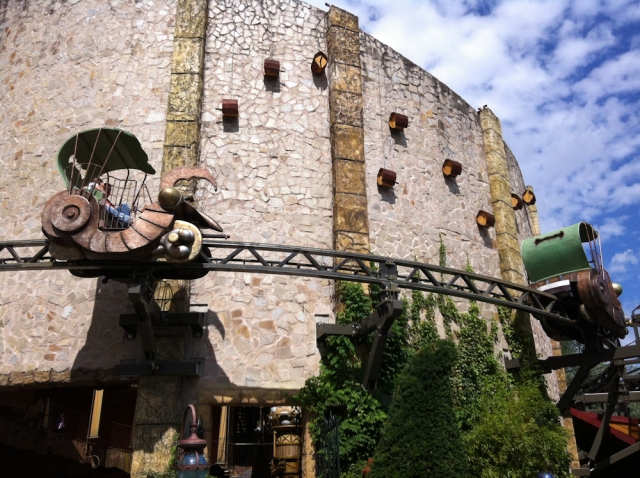 There’s a 3D animated shooting ride called Maus Au Chocolat, in which you shoot balls of chocolate at animated mice to score points.  You compete against your seatmate for highest total- it’s pretty fun.

Not so fun, in my opinion, is Talocan, seen in the picture below.  I don’t like getting held in inverted positions or getting flipped around in that sort of scenario.  Especially when you can see far around you.  It was popular though.  There’s no accounting for taste. 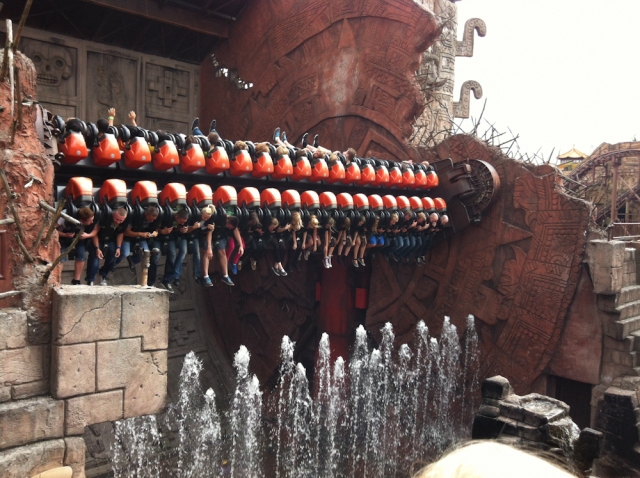 The best part of the park was the roller coasters.  The Colorado Adventure had an old west mining-train theme to it, and that one kept banging us against the sides of the car. I spent some time before we went on that one trying to figure out why the sign had Michael Jackson’s name on it.  I learned when I was preparing for this post that he actually opened that ride, and there are photographs of the man himself on the coaster, trying to hold his hat in place.

The others coasters were better at keeping us from swinging around so much in our seats.  Winja’s Fear, an indoor coaster, had a lot of fun spinning action.  There’s a relaxing all-dark coaster called Temple of the Night Hawk.

And then there’s the Black Mamba.  It’s smooth and fast.  Really fast.  According to The Internet, the ride hits 4.5G at points.  There’s one particular corkscrew that is amazing to ride.  We briefly considered going back to hit the Black Mamba again, it was that good. 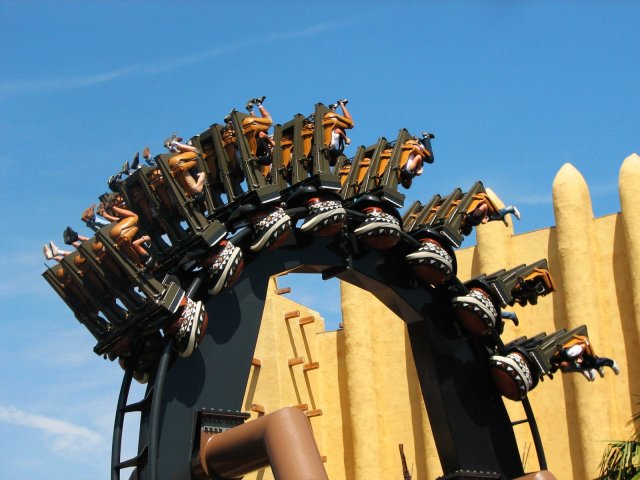 It turns out that there’s a metric pantload of theme parks in Europe.  I get the sense that Phantasialand is one of the three best known though.  Now that I’ve been to Phantasialand, I need to check out the other two-  Europa Park and Disneyland Paris.

4 thoughts on “Getting My Roller Coaster Fix In Germany”