While my inbox was exploding with new friends from being Freshly Pressed and listed in Friday Faves, I was out of the country, and mildly out of my mind. I’m planning on going back through all the comments and likes and follows from the Sci-Fi Expatriates post, but I just haven’t had the time yet. I got stuck for an extra night in Frankfurt last week because of flight delays, but that’s another post. That’s probably Monday’s post, actually.

The reason that I was in Frankfurt in the first place is that I was on my way to Orlando to hang out with some friends at Megacon, a pretty nifty convention for sci-fi, anime, gaming, and so forth. The big highlight of this year’s Megacon was a panel with the entire original cast of Star Trek: The Next Generation- Patrick Stewart, Jonathan Frakes, Brent Spiner, Michael Dorn, Levar Burton, Gates McFadden, Marina Sirtis, Wil Wheaton, Denise Crosby, and even John DeLancie. Much fun was had by all.

Panels and friends are only part of the fun at conventions though- one of my favorite things about cons is all the people in costumes! People in fandom can be so creative, and I love to see what people get into. Generally speaking, I don’t get the anime and video game based costumes, but the stuff from comics, movies, and television I usually get right away because that’s my particular geekiness.

Since I only have two days between getting back from Florida and heading off to Frankfurt again (but planned, this time!) I’m going to cheat a bit and just show you guys a gallery of my some of my favorite costumes from the weekend. Make with the clicky to see captions!

Kickass and Spidey and RandomGirl 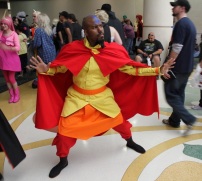 A Monarch Henchman from Venture Brothers 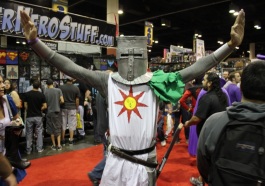 I just thought this was funny.

Booster Gold and the Blue Beetle 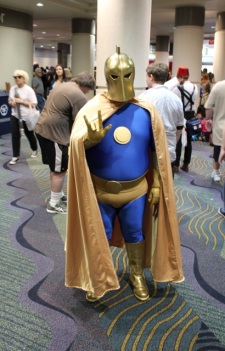 Even the bike cab guy got into the spirit.

I’m not certain, but I think she’s Harley Quinn. Big mallet though. 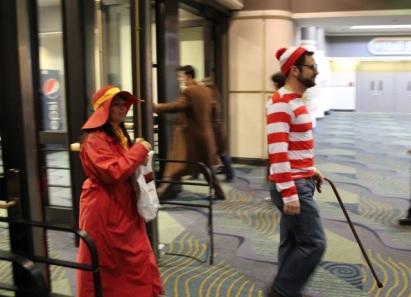 Waldo and Carmen Sandiego travel together? (And Ten in the back…) 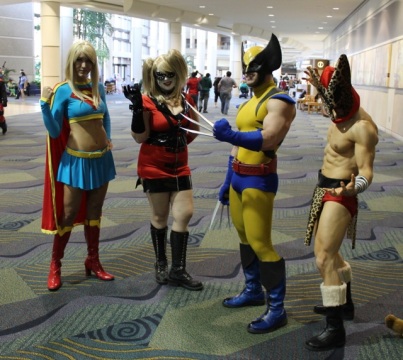 Minecraft? I’m not sure. 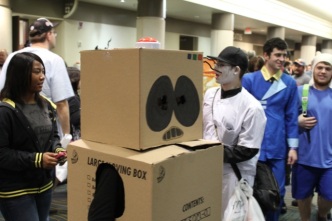 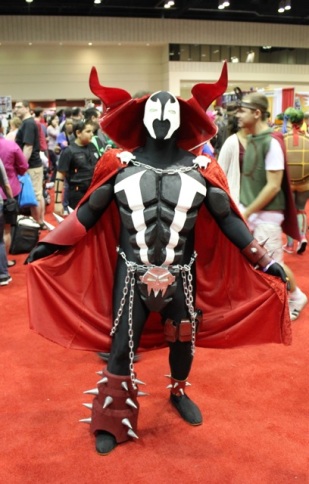 Hellgirl and a BPRD operative 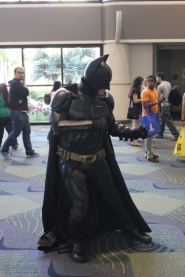 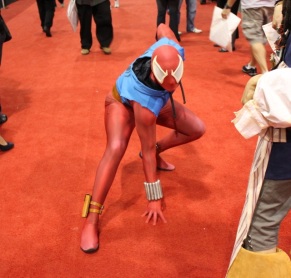 Stark and the suitcase armor

Leia, and an elaborately armored Aquaman and Batman 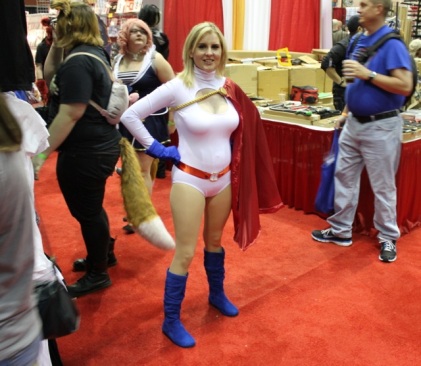 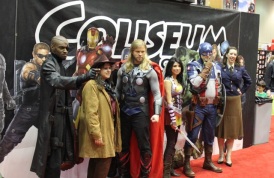 Various Avengers, including an amazing Thor

The Comedian and Silk Spectre

A really good Han and Leia

An Ood! (and a girl wrapped in a TARDIS.) 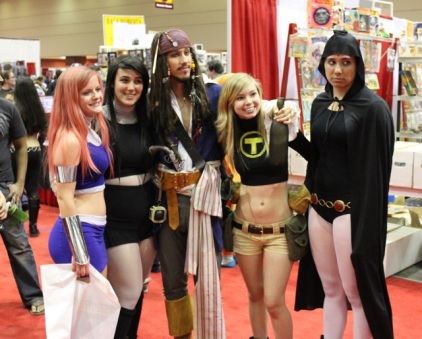 I think it’s a Clone Trooper, but I can’t see him for some reason. 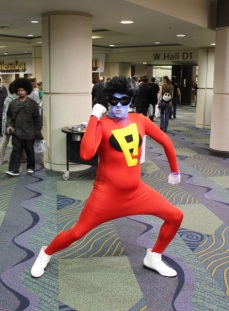 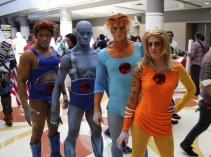 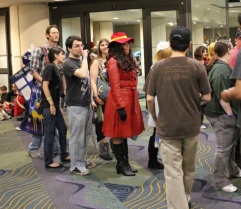 5 thoughts on “Last Weekend, In A Photo Gallery Nutshell”