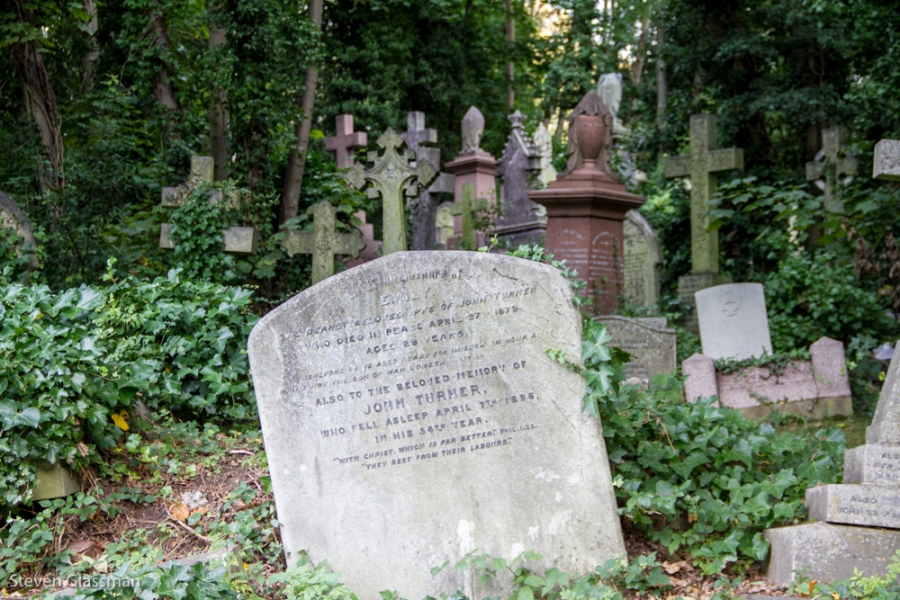 I meant to visit Highgate Cemetery on my first visit to London, and again on my second visit.  It took until my third visit before I managed to make it there.  It’s a little further from the London Tube than Pere Lachaise is from the Paris Metro.  Inside the gates, it’s not as well kept as Pere Lachaise either, but it has its own charm. 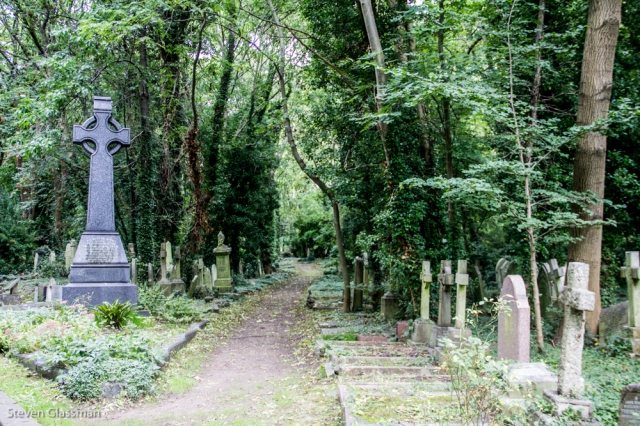 One of the things I like about Highgate is that many of the graves show a bit of the personality of the people buried there.  For example, Gordon Bell:

One of the founders of Foyle’s Books: 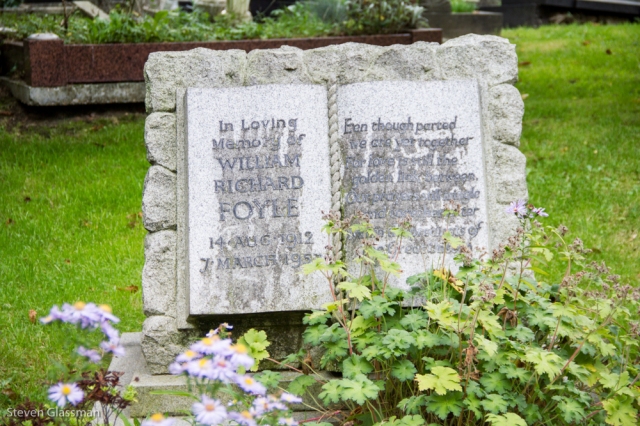 Many of the graves were massively overgrown, or sunken.  There are quite a few that cannot be reached easily.

I’m guessing Thornton was a pianist?

It wouldn’t be a trip to a cemetery without spotting a black cat hanging around.  This one wasn’t as friendly as the one in Paris.

The grave of Karl Marx is very subtle.  I almost missed it entirely.

Another grave with a lot of personality.

There were many children buried in Highgate.  Some of their gravestones were unique.

The primary reason I wanted to go to Highgate was to see the grave of Douglas Noel Adams.

I realized when I arrived that it has become customary to leave a pen in the bowl in front of his grave.  I always carry a pen, so I left it there.

I liked this gravestone.  I hope when I’m gone that I’m also remembered as a wise and gentle man.  Realistically, I’ll have to settle for gentle.

This gravestone wins.  If anyone was at all unsure of their status, it’s clearly readable in the stone itself.