One of Iceland’s premiere tourist attactions is The Blue Lagoon, a geothermal spa in a lava field.

It’s not far from the airport, and many people choose to stop there either on their way to or from the airport.  I chose to go there from the city, but I can see the appeal of combining this with your flight.   Once you arrive, there’s a small building where you can store your luggage if you’re in transit, then you walk through a path carved into the volcanic rock.

Once you arrive, you pay your admission, then go change into a swimsuit.  If you didn’t bring one, don’t worry-  they’ll rent you one for a small fee.  Also on offer: Bathrobes, spa treatments, and massages.  The building in this photo is one of two or three places to get food and drink in the Blue Lagoon. 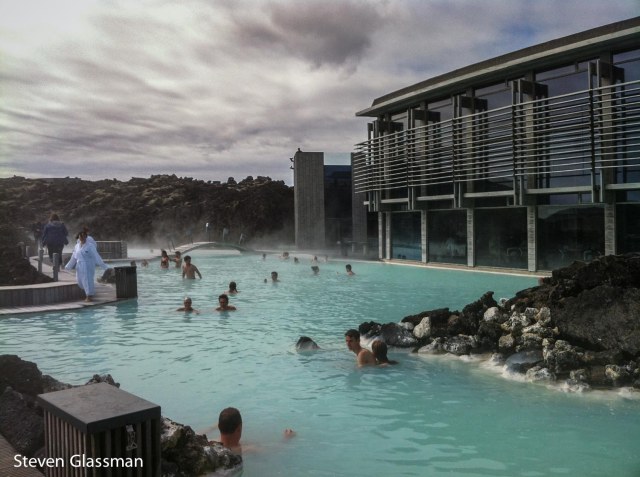 The lagoon is man-made, and is fed from a nearby geothermal power plant.  The entire body of water is renewed roughly every two days.   The water is heated to around 98–102 °F, so there’s always steam coming off of the water. 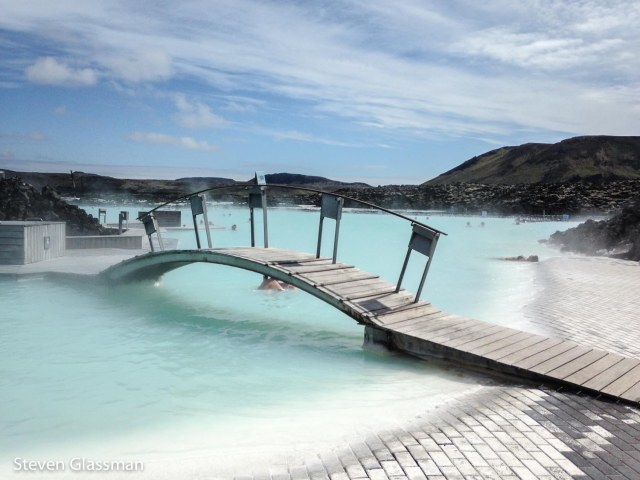 There’s a swim-up bar where you can get a beverage.  I had a rather tasty smoothie.

The water is rich in minerals such as silica and sulfur, and has been shown to have positive effects for skin problems like psoriasis.  Lots of the people in the water had used the silica mud from special pots around the bathing area to make little clay masks.  It’s supposedly very good for your skin.

Once you’re thoroughly prune-fingered, it’s time to get out and get something to eat.   I had a nice panini sandwich at the Blue Cafe. 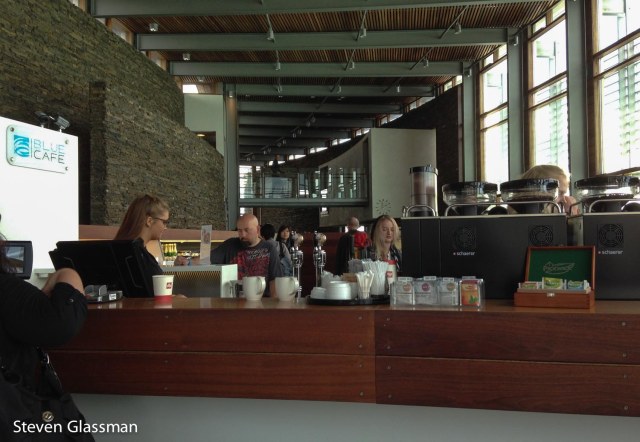 As you’re leaving, you have one last chance to look at the crystal blue waters of the Blue Lagoon.

Have you ever been to a geothermal spa?