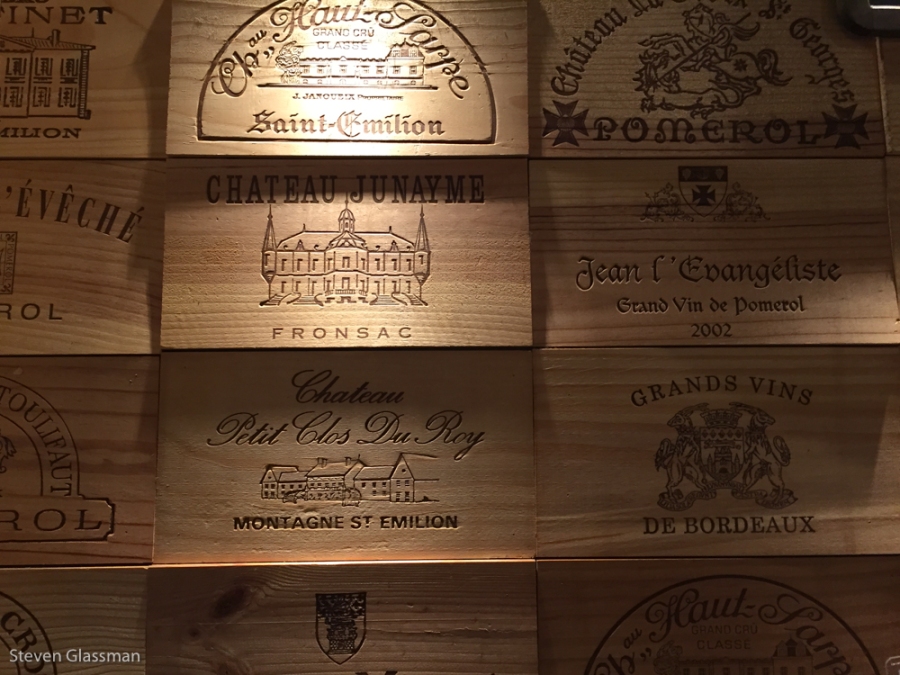 My base of operations while I was in Japan was a MyStays hotel near Kanda station.  My room was thirteen square meters, with a very basic kitchenette.  I had a tiny refrigerator, some cookware, a microwave/conduction oven, a hot plate, and a regular sink.  Pots, pans, knives, plates, chopsticks, and so forth were all provided.

The hotel had a service in which they brought you new towels and such every day.  They also brought a new kimono-esque bathrobe every day, which I never wore.  By the end of my trip, I was fairly annoyed with this part of the service, because I really don’t need new towels more than every second or third day.  Still, it was good service.

The bed is a fairly typical hard Japanese bed with a futon-style mattress.  I actually learned to enjoy it pretty quickly, and I slept very well while I was in the country.

When I arrived, I spent the first twenty minutes or so deciding where I was going to keep everything for the five weeks of my stay.  There are rolling drawers under the bed, which helped enormously. I used the desk drawers as underwear and sock drawers. 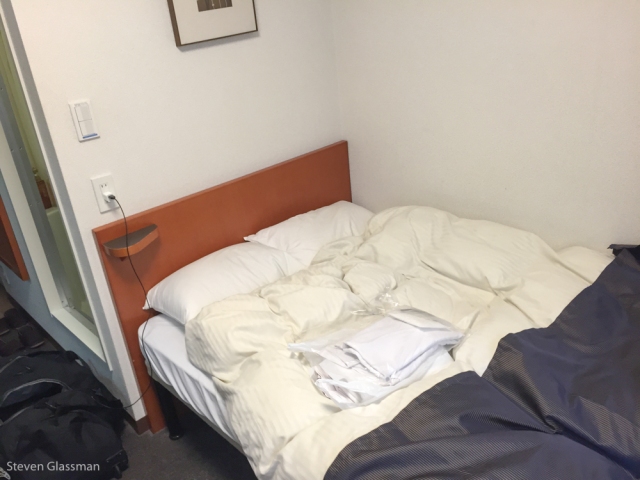 I traveled to Japan with a backpack which held my laptops, a rolling small suitcase which could be used as carry-on luggage, and a wheeled Skullcandy bag which could be used as a duffel with a shoulder strap or as a wheelie bag.   The handle on the Skullcandy bag was terribly weak, and it because clear very quickly that using it as a wheeled bag was terribly ineffective.  Lesson learned:  If you need multiple suitcases for a long trip, always go for the four-wheeled variety.  They’re significantly easier to navigate up the street when you have a lot of walking between your train station and your hotel.  After this trip, I gave the Skullcandy bag to a colleague and streamlined my personal luggage collection quite a bit. 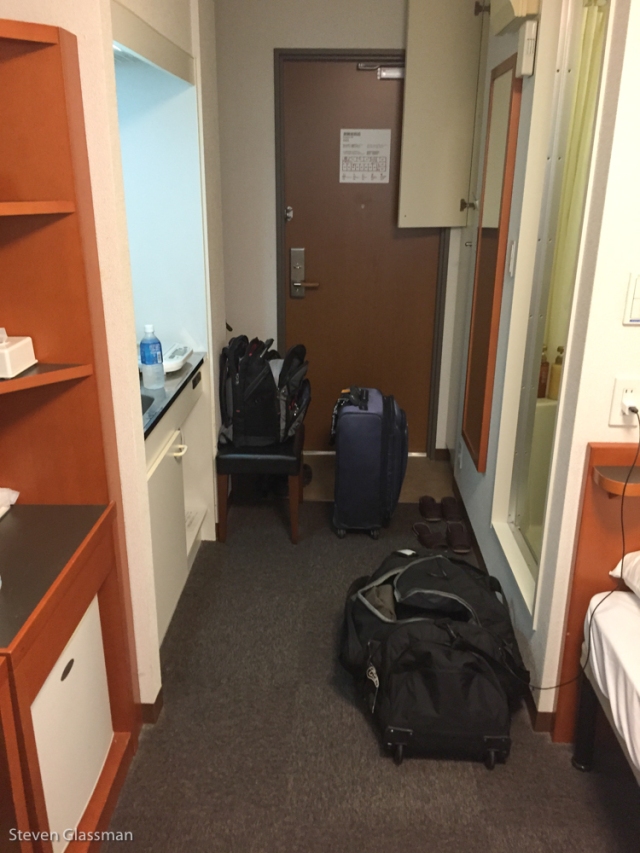 The room had a built-in desk, along with a television, a little device which allowed you to stream movies for a small fee, and a combination vcr/dvd player.  There was ample power as well as a direct Ethernet plug.    The little fridge on the right side of the photo was incredibly cold, which left me with bottles of water that were frozen solid.  This was helpful, though, because it got very hot outside as we nudged into June.

The hotel provided basic soap, shampoo, body lotion, and conditioner, as well as a variety of other useful things.   There’s a valve on the bathroom sink which directs the water either to the sink or to the bathtub/shower, depending on your needs. 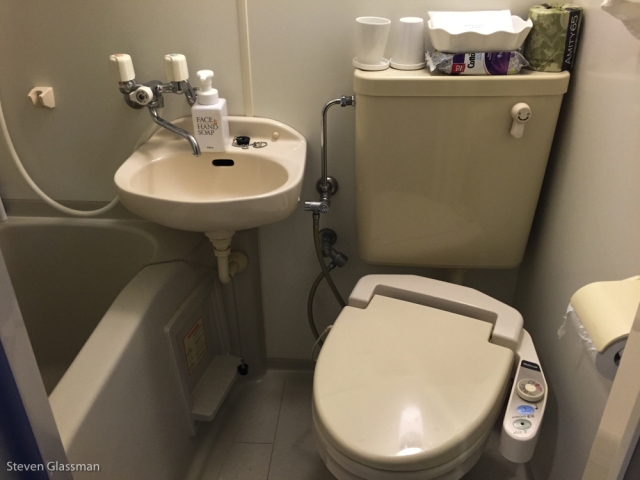 The tub is tall enough for even someone of my height to submerge rather nicely, and the water spigot has clasps at both bath and shower height, so you can choose to do either one. This is a pretty nifty design, for such limited space.

The toilet is western-style, as opposed to the older trench style toilets that I’ll talk about in a future post.   This is a very simple one, compared to some of the higher end toilets I ran into while I was in Japan.  I did try the water spout a few times, but don’t see the appeal.  I never found it to be more effective than regular toilet paper.  It didn’t really clean me, it just made my butt wet. 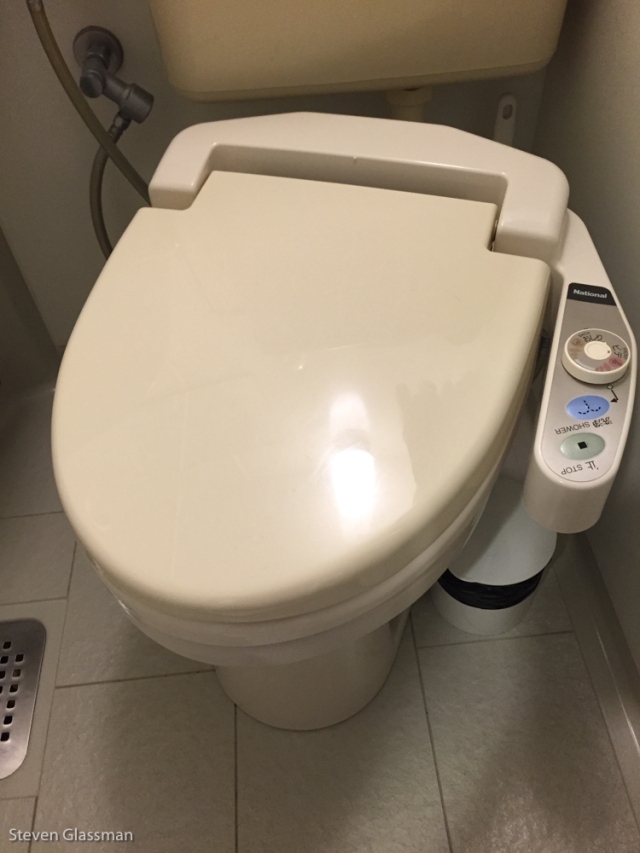 It took me a few days to figure out what the heck the toilet flush mechanism meant-  one way is half a flush for when you’ve only deposited liquid.  The other direction is a full flush for more solid waste.  I just think the thing is grinning at me, secure in the knowledge that I can never remember which is which. 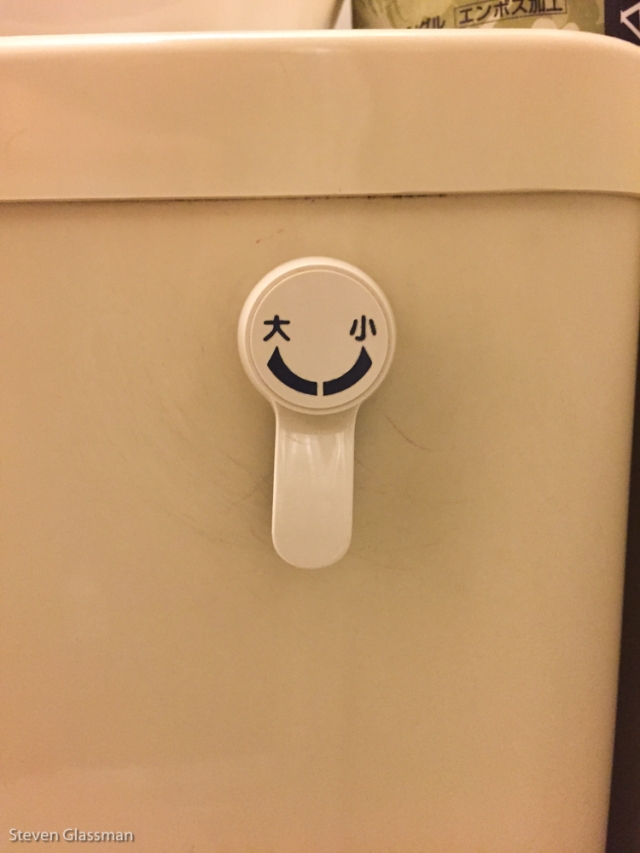 But that’s enough about the hotel room.  I wanted to talk about three restaurants in the vicinity of Kanda station.  There were dozens of restaurants within walking distance of my hotel, and the variety of food I ate while in Japan was actually kind of amazing.

The first restaurant I experienced in the area was Bar Beco 2.

I think the full name of the  place is actually “Pizza and Steak Bar Bec 02,” but we just called it Bec 02 for simplicity.

Bec 02 is a tiny little slip of a restaurant at the intersection in front of Kanda station’s south entrance.  The entire downstairs of the restaurant is walled by these old wine crate sides.

They have tiny amazingly delicious steaks.   The meats I ate in Japan were often delicious, which is stark direct contrast to the lackluster steaks I encountered throughout most of Europe.

The name of the place says Pizza and Steak, though, and I stopped here several times during my stay for these adorable tiny pizzas.

Another delicious restaurant near Kanda station is Hiroshima Okonomiaki Big Pig.  We stopped here for lunch one day in my first week before heading into the office.

The restaurant is a tiny affair with room for about a dozen people.  You have a small wooden bar in front of the cooking surface, and your food is served on the cooktop.

Okonomiaki is a savory pancake filled with other stuff.  It’s not unlike a savory crepe.  There’s a lot of different varieties and they’re very tasty.

I cannot for the life of me remember what all went into this one, but it was delicious.  The brown glaze on top is cooked soy sauce, I believe.  There are noodles and the pancake portion itself.  The portion was fairly large, and I did not succeed in finishing it.   Very tasty! 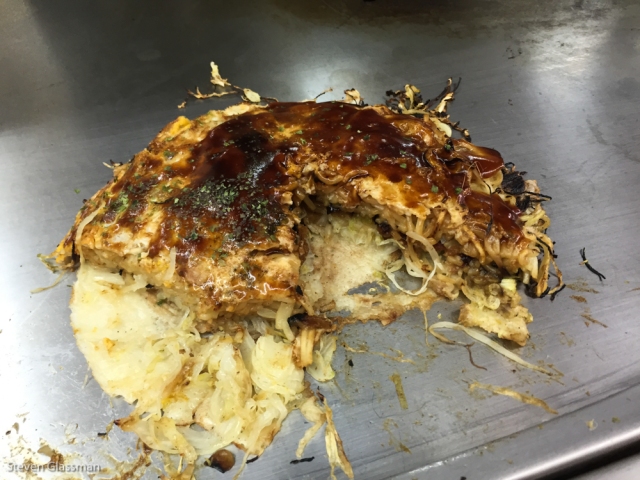 The third restaurant I’m going to talk about in this post is actually a chain of fast-food restaurants which can be found all over Japan.  This is Matsuya.

Specials on offer are frequently posted outside the door.

You make your selection by putting coins in this machine and pressing a button.  You are then given a little card which the counter-person will take from you when you sit down.

The decor is more or less what you’d expect from a fast food restaurant in Japan.  Bright lights, plenty of places to sit, and fast, efficient food.

At each table, there’s a selection of spices and sauces, along with a tray of chopsticks. 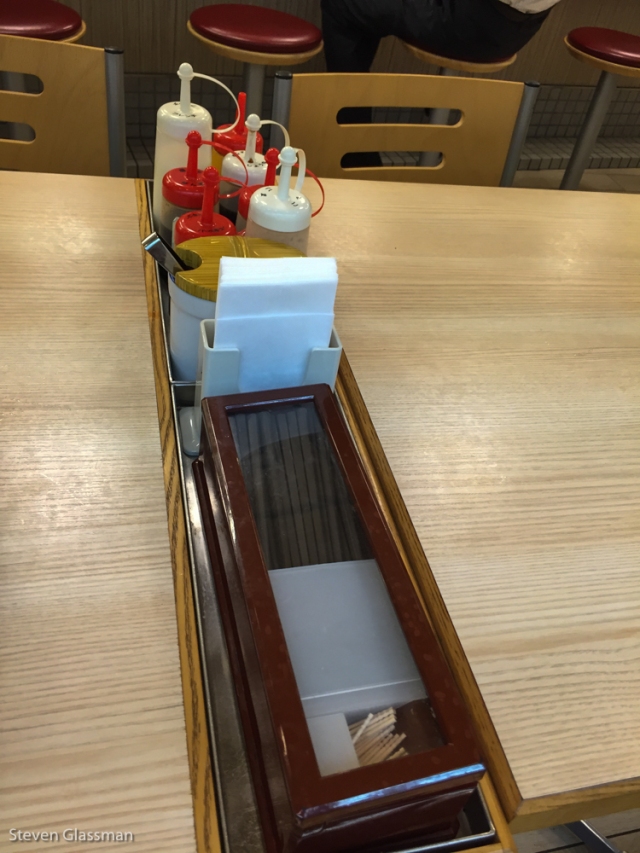 I chose a sort of beef over rice dish.  The brown sauce was spicier than I expected, and the rice was delicious.  The miso soup was just miso soup.  I don’t really like miso soup, so I left that alone.

I had no earthly idea what this little device was during my meal, but I found out later from a colleague in the local office that it contains spices.  I’m glad I didn’t try it!  I’m kind of a wimp when it comes to burning-hot spice.

This was another 23 of the original 489 photos from Japan.  There’s lots more to come!

Have you dined near Kanda station?  What sort of food did you have?

10 thoughts on “Sleeping and Eating In Kanda”