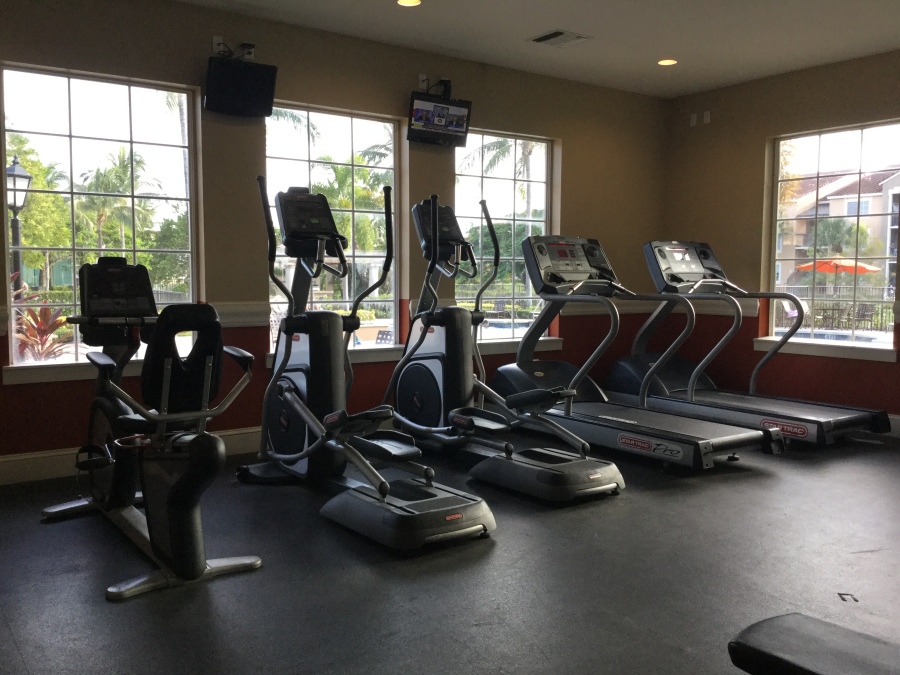 Editor’s note:  I’ve been mentioning to other bloggers in comments for months that I really wanted to write a post about working out.  Having a regular fitness routine is all pretty new to me, and  I wanted to write a post on the topic, but I could never quite get around to it.  Seeing very interesting writing from my bloggy friends, such as Charlotte’s “Gymming For Noobs” post kicked me out of idle and I finally started to write it.

I very nearly called this post “A Weighty Topic,” but then I realized that the last two posts on this blog have titles in the “an adjective noun” format.  I could not in good conscience use another title in that format.  Onward!

For years, I’ve felt like I needed to be working out regularly.  I wore the same sized jeans since high school, but once I hit my mid-thirties, I became physically phht. Once my waistline started expanding, I knew it was time.  A few years back, I even signed up for a membership to a national chain of gyms, because they opened a facility next to my office and I thought the convenience would make me go more often.

I went twice.  In a year.  I thought I had the motivation, but I was very, very wrong.

When I moved to Germany, I didn’t have a car.  I was on foot much of the time, using a bus to get to work and trains for longer distances.  Sometimes I’d be in the car of a friend, but for most of my day-to-day living, I was walking.  My apartment was upstairs and the elevator in my building on Hemauerstraße was incredibly slow, so I had stairs every day.   After a while, I got curious about just how much I was walking, so I purchased my first Fitbit.

In late 2014, I moved back to the US.  The desk job is basically the same here as it was there, except my Coke and Oreo consumption has decreased dramatically because of all the high fructose corn syrup used here in the States.  Seriously, I miss the Oreos and Coke from Germany.  They’re SO much tastier over there.  But I digress.

The problem is that I’m in South Florida, where everything is spread out in ridiculous ways, so you need a car to do almost anything.   It’s also super crazy hot and humid here for eight months out of the year, which makes outdoor activity trickier.  The result is that I became more sedentary.  Each day, I would walk from my apartment to my car, from my car to the office, from the office to lunch, and so on.  After a few months, I sold my Fitbit on eBay, because I wasn’t going anywhere.

I’ve only taken a few trips since I came back.  Aside from a couple of flights inside the US, one five week stint in Japan last summer, and one quick European hop a few months  ago, my life had become much, much more stationary.

Amelie likes to work out, though.  In the earlier days of the relationship, I would often drop her off at the gym, and then I would run an errand or sit at a nearby Starbucks, tapping away on the laptop to write a blog post.

One day, I joined her for a workout.  It was exhausting.

When I moved into this apartment, one of the considerations was, “Is the gym in this complex good enough for Amelie to work out?”   On the cardio side, it has two treadmills, two of what I call the Devil’s Elliptical, and one mediocre bike. 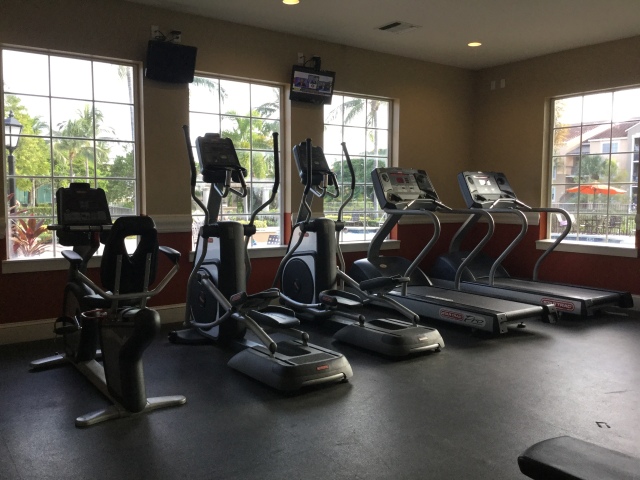 On the weight side, there’s three cable-and-pulley variable-weight machines for various exercises, and a big rack of dumbbells of different weights. 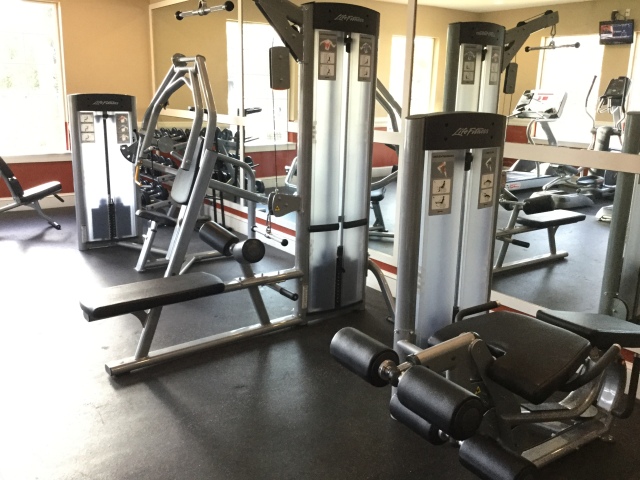 I started to join Amelie in the gym more often.    I started off with just a little bit of fast walking on the treadmill, and a small amount of the cable weights.  I didn’t have much of a routine, and I had no goal other than to keep her company.  I had to stop for a few weeks in May and June, after I had some minor surgery.  I was over-careful, though- when I asked the Doc if I could go back to working out, he just said “sure, do what you want.”  Scrubs is right about surgeons!

Over time, I started to build up a routine.  I started spending more time on the treadmill.  I started to add more weights, and more exercise variations with those weights.

And I hated every second of it.

I will never be one of those people who posts inspiring fitness quotes on Facebook.  For me, working out was painful, sweaty, breathless, and deadly dull.    Going to the gym for even a short bit of time was agony.

But Amelie was there with me.  She nudged me to get off the man-eating couch.  She encouraged me to get up and go.   She said proud things when I had a new achievement.  Without her, I would have just gone back to bed for another nap.

The first real improvement I noticed was that I could jog for longer on the treadmill.  Then I noticed that my speed was improving, and that I could breathe more easily.  One day, I reached the end of a mile in less than thirteen minutes.  I found that I could sprint farther and faster.    I can never figure out what to do with my hands, though.  Do you make fists when you’re running?  Do you relax them like Mr. Burns at speed?  Do you flatten them and knife them forward like the Flash?

I purchased another Fitbit, this time a model with a heart rate monitor.  I quickly discovered that there’s a large Fitbit user-base in my company, and they often do weekly step challenges. Fitbit lets you “Friend” people and compare your steps to theirs.  It sort of turns walking into a competition, which is always fun.

My body started to change in subtle and unexpected ways.   The weights exercises started to become easier because my body began to move differently.  My posture improved.  Amusingly, my body weight stayed around the same.  I’m no more than two or three pounds lighter than I was before all the working out, but it’s clear to me that I have less of a nascent paunch and more muscles.  For perhaps the first time in my life, I have visible biceps.  I just feel better than I did.  Stronger.

I even tried running outside, but it’s still too hot for that to be a regular thing.   South Florida weather sucks.  The Devil’s Elliptical is still the most hated piece of equipment in the entire gym.

Now I usually go to the gym at least four times a week.  Sometimes Amelie is with me, and sometimes not.   I’m not sure yet if this qualifies as a habit, because it’s still too easy to stay on the couch or take another nap.    But for now, this is happening.

One more unexpected thing happened.  I stopped hating every second of the workout.  Don’t get me wrong; I still don’t enjoy my workouts.  I’m proud of them, though.   Every time I finish a run or some weights, I send a message to Amelie to tell her how much I did.  We’re each other’s cheerleaders.  She still says encouraging things and tells me that she’s proud of me, and that helps me keep going.

I still can’t figure out what the hell to do with my hands when I run though.

What’s in your workout?

16 thoughts on “On Working Out”