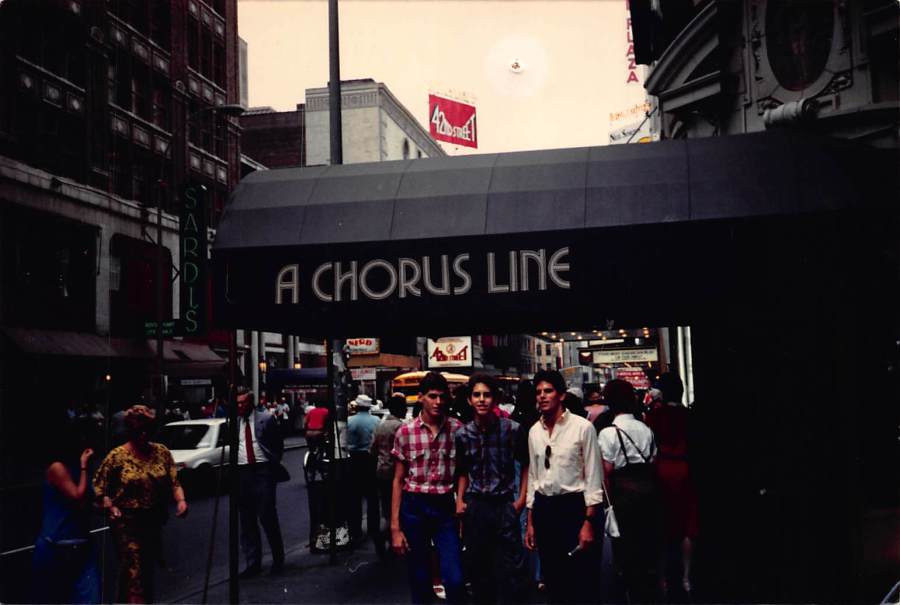 During the summer before my 10th grade year, my father and my brothers and I all climbed into dad’s 1986 Honda Accord, and hauled ourselves up the interstate highway into New York.  We stopped briefly to see dad’s cousin in Hyde Park, to visit dad’s cousin near the FDR Estate.  My flawed thirty-years-ago memory insists that dad’s cousin was a care-taker of the FDR estate, but I may not be remembering that correctly.

Ultimately, this trip took us into the city of New York.  We walked through central park more than once, due to mild lost-ness, and we also took in a show.  We took in this show: 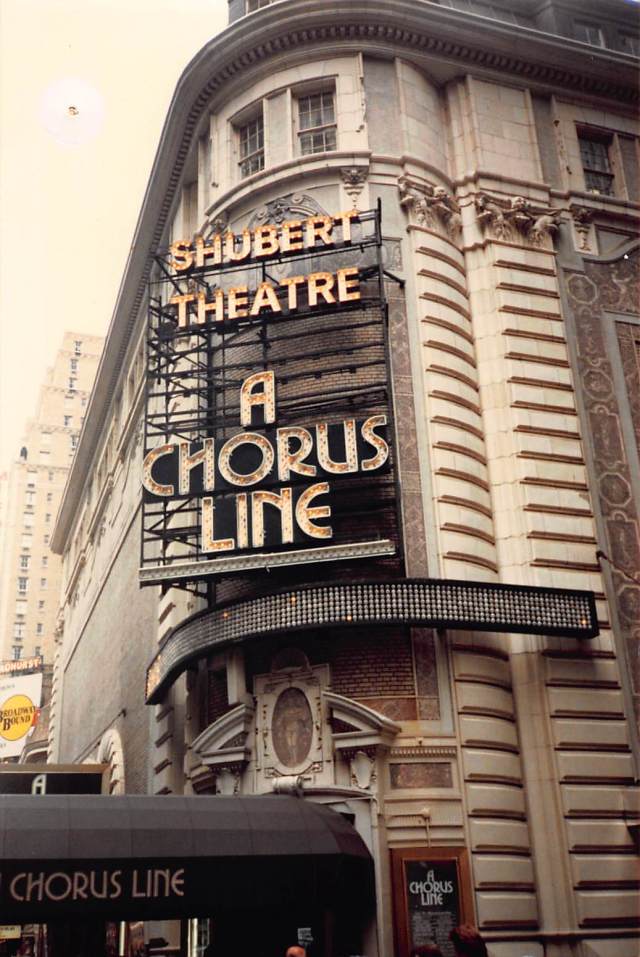 This was the original run of A Chorus Line, which started on July 25, 1975, and was still going strong in 1987 when my brothers and I saw it in 1987.  I’m pretty sure dad was behind the camera on this one, because he was definitely with us.

A Chorus Line on Broadway ran until April 28, 1990.  When it ended its nearly fifteen year run, the Schubert theater had held more than 6,000 showings.  It held the honor of being the longest running show on Broadway, until Cats took the new record seven years later.  (Cats has since lost the title to the Phantom of the Opera.  There’s always something bigger.)

On the last day that A Chorus Line was running on Broadway, another much smaller production was doing its second to last day: Santaluces Community High School, in Lantana, Florida.

In this production, a certain seventeen-year-old future blogger was cast in the role of Gregory Gardner.  Wikipedia hilariously describes the role as, “a sassy Jewish gay man who divulges his first experience with a woman.”

When I was a senior in high school, I didn’t know anything about gay people, so I had no idea that playing a gay person on a high school stage in 1990 was a big deal until years later.  What I did know was that I’m a mediocre tap dancer at best, and that I looked damn good in gold lamé.

I’ve been able to keep track of a few of the cast and crew members over the years, mostly through the evil web of Facebook.  A precious few of the folks in this photograph have been excellent friends to me for the entirety of the twenty-six years since the show (and high school) ended for me.  If you know where to look, my good friend, fellow blogger, and Huffington Post overnight editor Jade Walker is in the cast photo below.

As for me, I’m in the front row, fifth from the left.  And I still think I look good in gold lamé.