The A to Z challenge will not be completed by me this year.  I’m finding that my attention is split between too many other things.   I came to this conclusion after I spent forty minutes trying to come up with a D word, and I wound up somewhere between Aught and Zilch.

As I write this exit stage left, I am sitting in Orlando with Amelie, and we’re making plans for the next few days.   Today was a day for MyStuff, which mostly consisted of looking at potential places to live.  (I could have written an entire post called D is for Decision, but I already talked about that two days ago.)   Tomorrow is a day for HerStuff, which will mostly consist of going to places that might help her land an Orlando job.  Thursday is unplanned so far, except for one more apartment to view just before dinner time, and Friday after work will likely be spent at least partially on Disney property.   Saturday is a family event in nearby Kissimmee, and on Sunday we drive back to South Florida for a few days.

About halfway through next week, we come back to Orlando for another four days- Star Wars Celebration.  The following weekend, we drive back to Orlando, and then back again.

It’s like this on and off throughout April and May-  we’re flipping between South Florida and Orlando, as we try to get our respective ducks in a row, while simultaneously juggling my job, my on-call time (roughly half of every month), both of our gym work outs, and our ridiculously complicated entertainment calendars.

How’s your April going so far? 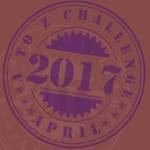 Administrative note: This post is part of the A to Z Blogging Challenge. Each Monday through Saturday in the month of April, I will write a new post- one for each letter of the alphabet. If you would like to participate, it’s never too late to start. Just look over the guidelines at http://www.a-to-zchallenge.com/.

One thought on “[#AtoZChallenge] D is for Decamp”