The Italian trip continues!  After my sister and I wrapped up our time in Venice, we boarded a Trenitalia train bound for our next stop: Rome.  I’ve mentioned before that I love traveling by train; Italy is no exception here.  The countryside we passed through was often quite pretty:

When we arrived in Rome and got our stuff to the hotel, our tourism followed two categories:  Ancient stuff and Vatican stuff.  First, the ancient stuff, starting with the Colosseum.  The Colosseum is one of the most recognizable structures in the world.  (Note to self:  See if anyone’s done research on the most recognizable structures in the world.  I bet that would be fascinating. And I bet I’ve seen a bunch of ’em already.)

…and this is among the ruins in the Colosseum-adjacent area.

Don’t let rumors of the fall of the Roman Empire fool you-  they’re still hanging around: 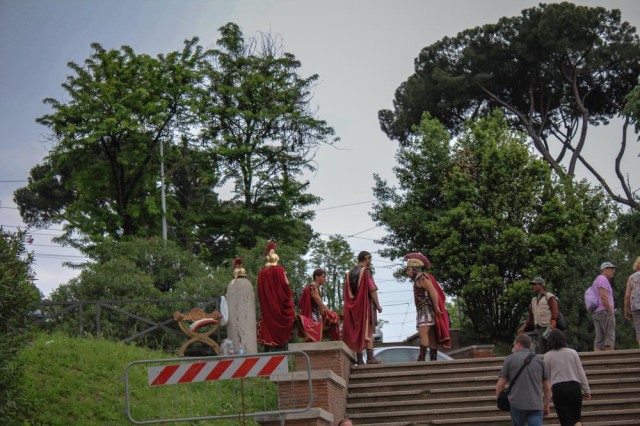 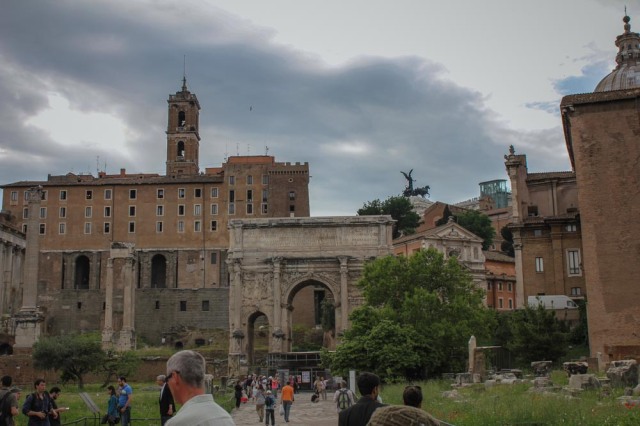 The stones of this roadway were very hard.  Since it was raining on and off, they were very slippery also.  It’s fascinating to think about just how old this walkway really is. 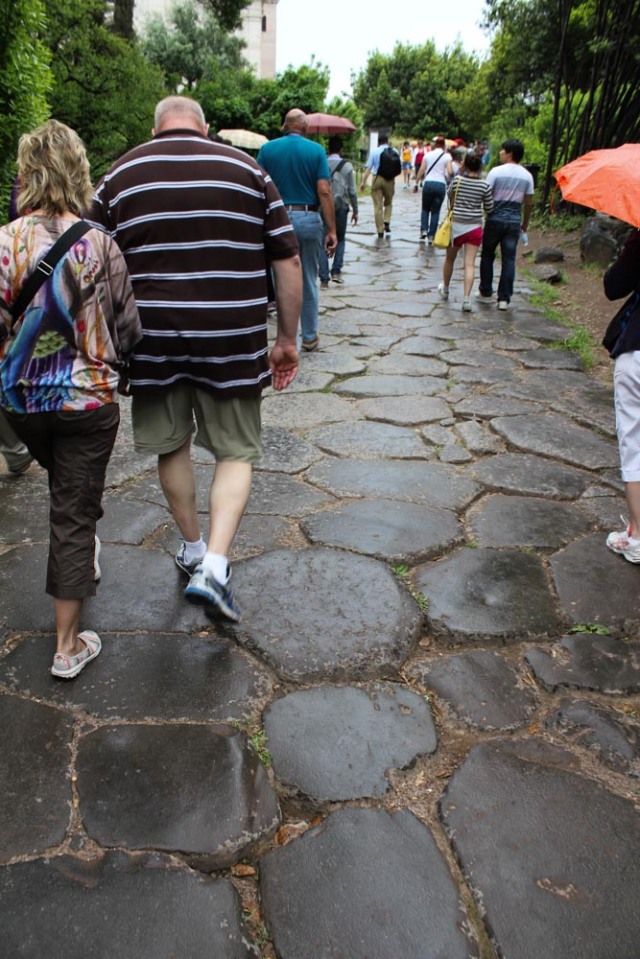 It wouldn’t be Rome without Vespa biker gangs. 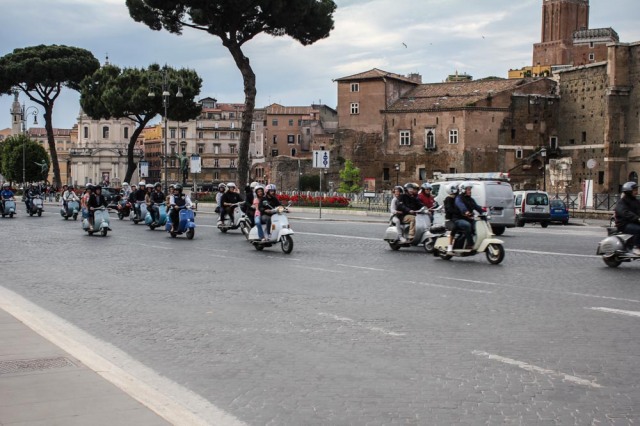 …and I wouldn’t be me if I didn’t go somewhere very tall to take a picture.

Trevi Fountain, one of the more famous water-bearing landmarks in Rome.  A traditional legend says that if visitors throw a coin into the fountain, they will come back to Rome.  I didn’t know this at the time, so I didn’t throw any money.  I guess I won’t be going back to Rome.

I particularly liked Triton and the water-winged horse.

The Pantheon is quite large.

One of the coolest things about Rome is that you can just walk a few blocks through the city in any direction and you’ll wind up in another cool Piazza or find another amazing church.  For example, we were walking between two things we knew about and stumbled across Santa Maria Sopra Minerva, a hidden-away church with a big elephant in front.  Here’s the elephant.

…and here’s the interior of the church. 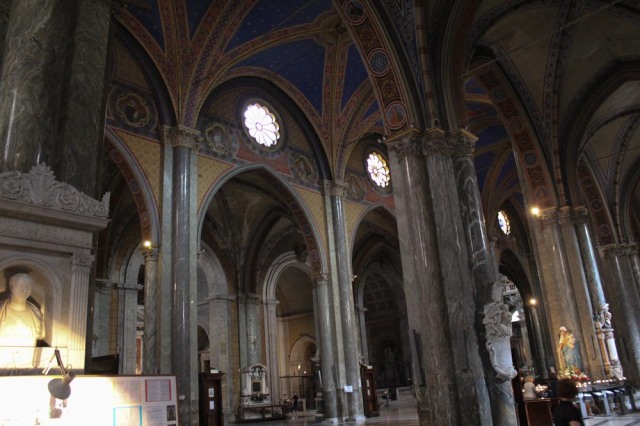 Gelato!  Gelato in Rome!  They even had a soy based chocolate for me, so I was pretty happy about that.

This pretty garden was another “just stumbled across it randomly” space.  It was quite peaceful. 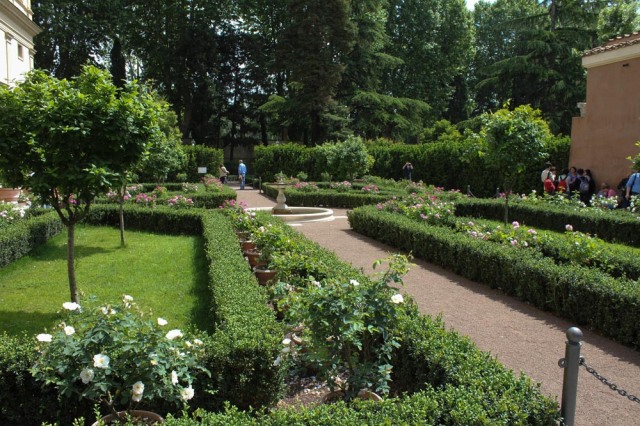 I kept seeing these Short Buses, but I never managed to get a good picture that shows just how short these things were.  You can kinda see it here, almost.  They were hilarious.

It cracks me up that people will write this on a dusty car- the joke is the same in any language.

Next up, The Vatican!  Have you ever been to Rome?