I’m on an August Break from my regular blogging schedule. Here’s today’s picture.

This is from the middle of July, when I was walking through London with Neo. We had been walking in circles for a while, trying to find Paddington station. Paddington is really designed to be reached by public transport like a bus or the Tube. It’s surprisingly well hidden for such a large station, especially if you approach it on foot.

Anyway, as we were walking around looking for Paddington, this sign caught my eye. I don’t know of any Joe Strummer other than the noted British musician. If it’s not named after him- if it’s named after some other significantly less interesting Joe Strummer, I really don’t want to know.

London Calling is indelibly recorded onto the mix tape of my soul. 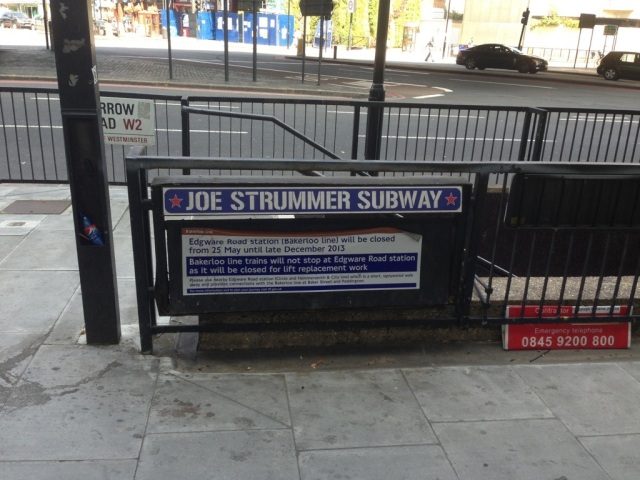