The Alps are just a few hours away from Regensburg by car or train.  Nestled within the Alps is the Zugspitze, Germany’s tallest mountain.    The Zugspitze is 2962 meters (9718 feet) high.  From the summit on a clear day, you can see mountain peaks in four countries.

Since I love tall places, of course I had to go and see it.  There are trains between Munich and Garmisch-Partenkirchen almost once an hour, so getting there is pretty easy.  As you approach the mountain from Garmisch-Partenkirchen, you can see a ski jump.  The 1936 Winter Olympics were held here, opened by Adolf Hitler.

Once you arrive in G-P, you walk from the Bahnhof to the Zugspitzbahnhof right next door, to pay for your ticket up the mountain and back.  The first part of the journey is by cogwheel train, until you get to Eibsee.  From there, you take the Eibsee Seilbahn cable car up the side of the mountain.

When you reach the peak, the views are amazing.  On one side, you have a separate cable car that goes to and from the Schneeferner glacier below.

There’s an observation deck at the very top, with the highest beer garden in Germany.

There are cable cars coming up from both Germany and Austria, since the mountain sits on the border.  Part of the summit faciliites is on the Austrian side-  I walked in and out of Austria twice before I realized it was a border crossing. 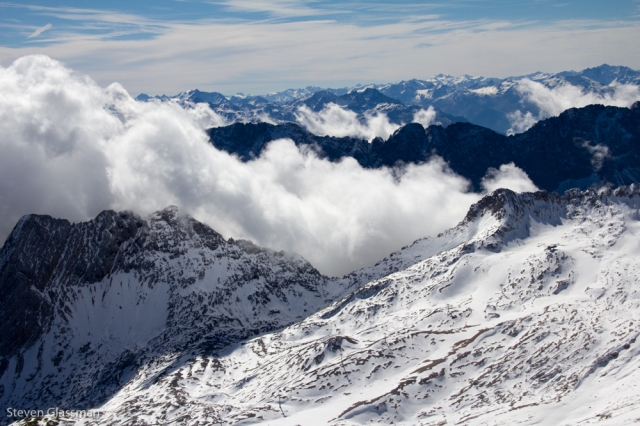 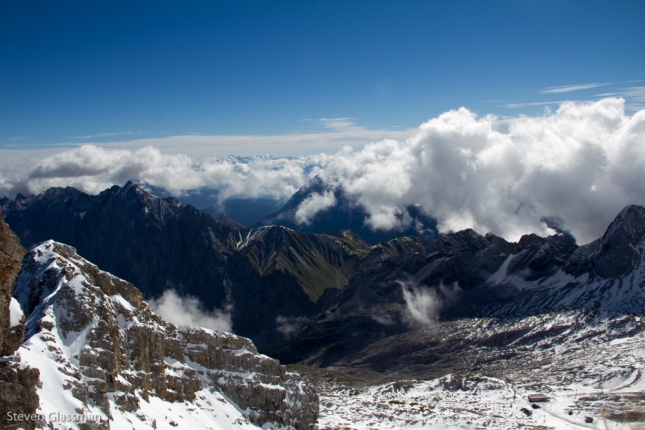 Despite it being t-shirt weather at the base of the mountain, there was snow and ice at the top.

The wind at the summit does very interesting things to the ice formations.  This is on a bit of metal stairs.

The actual peak is accessible to people who want to climb up to it.  It’s set aside from the main facilities and does involve some climbing up in snow. 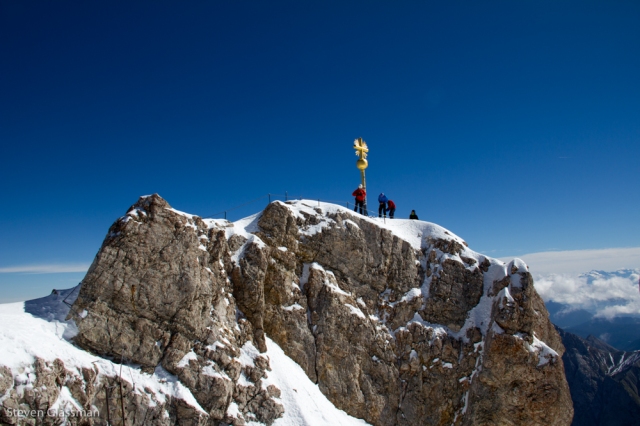 At an altitude of 2952 meters (9685 feet), the Gipfelalm is the tallest restaurant in Germany.  Their food was not over-expensive, but it was kind of mediocre in flavor and quality. 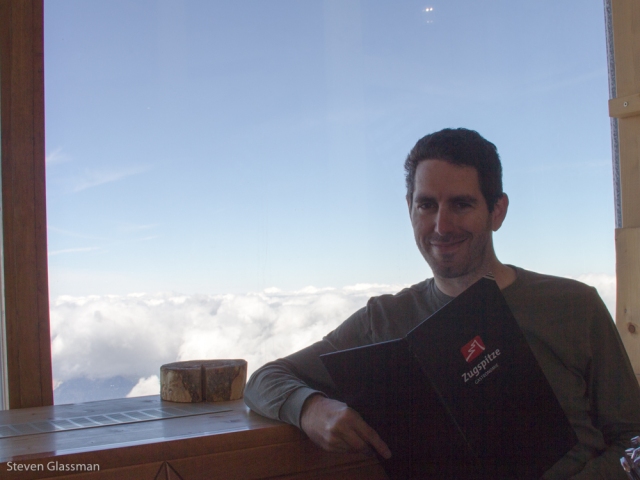 The lake on the left is the Eibsee, and the little town to the right of it is Garmisch-Partenkirchen.

After you take the cable car from the summit down to the glacier, you can also choose to eat at Sonn Alpin, at 2600 meters.  We stopped here for dessert. 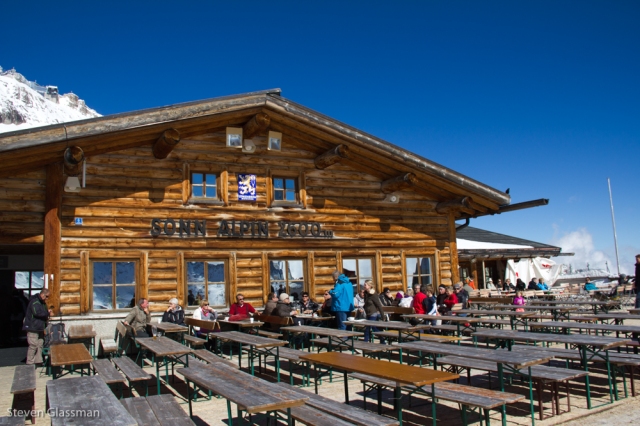 …and shared our dessert with the aggressively snackish birds.  One of them actually stole some of our kaiserschmarrn right out of the bowl when we didn’t offer it to them.  Cheeky little bastards. 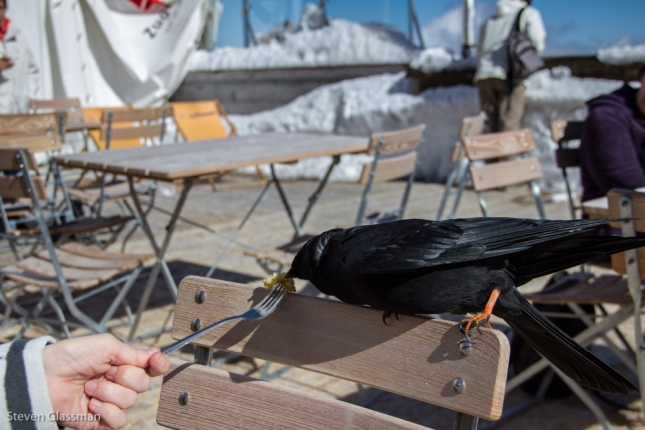 While we were at the Sonn Alpin, I got to see a small avalanche first-hand. The snow falling down the mountain here was tremendously loud.

Where there is snow, there are snow-people. 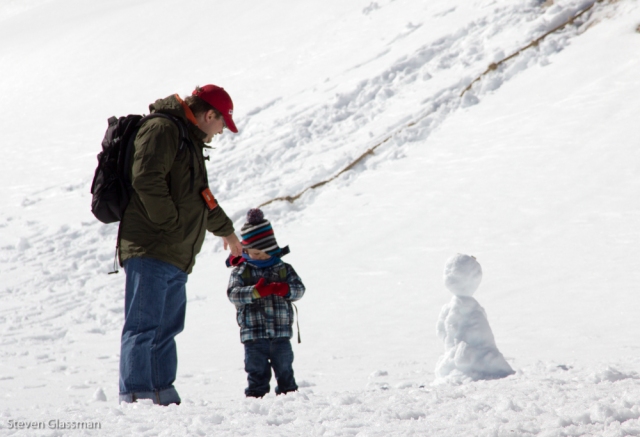 Have you ever been to the Zugspitze?  What’s your favorite mountain?

7 thoughts on “Day Trip To The Zugspitze”