The third Christkindlmarkt I visited this year was in Abensberg. On Friday, Jenny, Robert, and I went to the Kuchlbauer’s Weinachtsmarkt at the Kuchlbauer brewery.

The Kuchlbauer brewery is not just a brewery, it’s also a tourist attraction, since the Kuchlbauer-Turm (Kuchlbauer Tower) was opened to visitors in 2010.

Up until this trip, I thought that Hundertwasser was the name of the tower- I didn’t realize that Hundertwasser was the name of the artist who designed it.  The tower was designed by artist Friedensreich Regentag Dunkelbunt Hundertwasser.  That’s not his given name-  he was born in Austria as Friedrich Stowasser.  His chosen name is kind of fascinating though, since the individual parts translate to Kingdom of Peace, Rainy Day, Darkly Colored, and Hundred Waters.   I’m positive there’s a story there that I haven’t gotten to yet.

We didn’t climb up the tower on this visit-  that’s something that would be much more interesting in the daytime, when you can properly see the view from the tower. 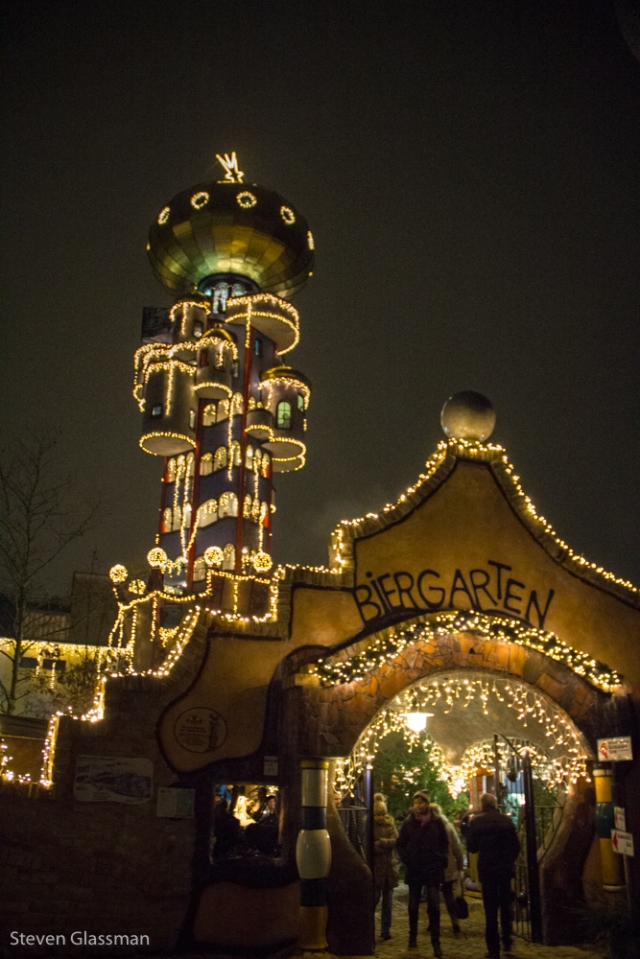 We were a little surprised at how small this market was- all three of us expected it to be larger.  We started in the courtyard area around the base of the tower.  There were a few stands, including Lebkuchen: 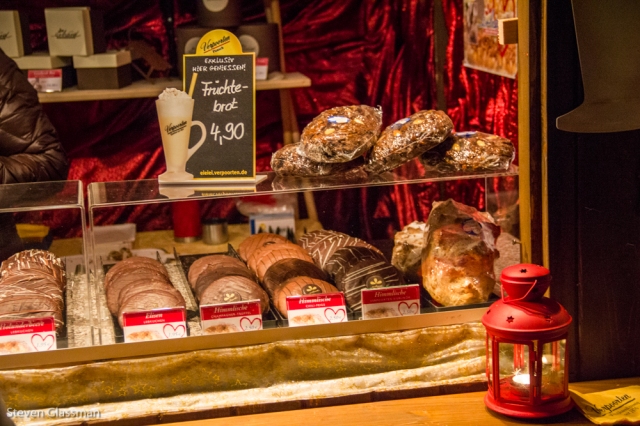 …as well as Baumstrietzel, the delicious rolled pastries that I first encountered in Prague.  These were dessert.  Dinner was a wrap with venison, horseradish, and some other typical fillings.  Very delicious.

We spent some time in the tiny little Christmas market there before moving around to the street to take pictures of some of the other lit up buildings.  There as a little train-tram in front to carry people from the outer parking area.

When we turned around the corner on the other side of the Bierwelt building, we found more booths.  Our original assumption that we had seen the entire Christkindlmarkt was not accurate.  The section at the base of the tower was only one tiny part of the market.  There was much, much, much more.

This booth had incense burners.  Very cute ones. 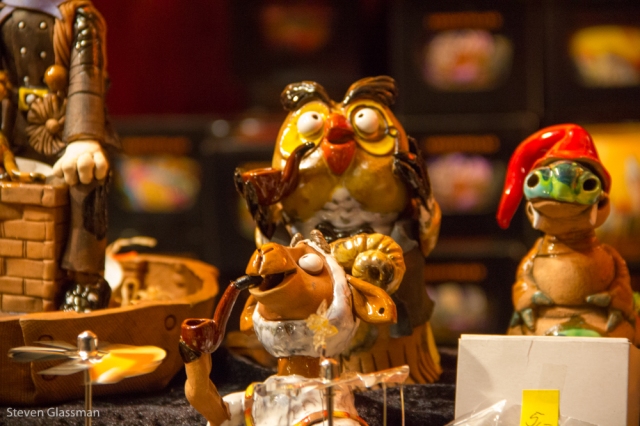 Toward the back, near the food, there’s a Rudolph “mounted” in the wall.  The sign above his head says, Bitte Nicht Füttern! Rudolpf hat Verdauungsprobleme!  Translated:  “Please do not feed. Rudolph has digestive problems.” 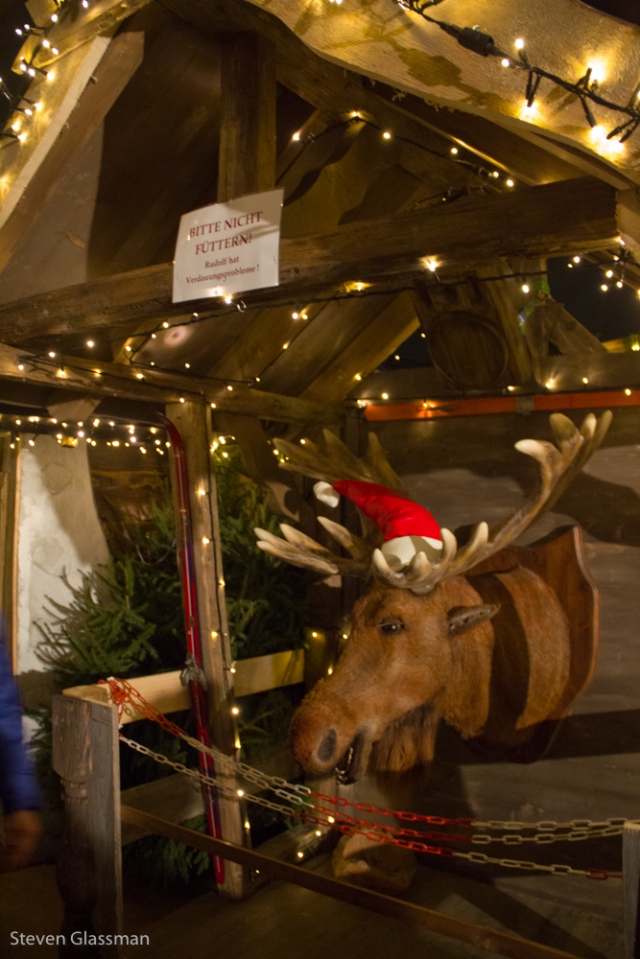 Digestive problems would explain the singing…

The parking garage has been converted for the time being into a market for goods.  Decorations…

Horns which I assume are supposed to be used for cornucopia displays, not this foolishness here:

There was a tiny carousel for the children.

…and lots of places to get food and drink.

The Brewery has a tilty building which is still being constructed on the inside, but the open parts are quite interesting, and it’s lit up adorably for the holidays.

The Kuchlbauer Weinachtsmarkt was actually the nicest Christmas Market I’ve been to, and I’ve seen them now in five cities.  It was large, with a great deal of variety, and yet it wasn’t too crowded.

Which Christkindlmarkt is your favorite so far?