My residence permit expires at the end of October, and I’ll be heading back to the US around that time.   October may seem like a long way off, but it’s really not.   I have less than three hundred days left in Germany.

I wrote a 500 days post back in June, after I passed the halfway mark of my time here.  It listed a number of the things that I wanted to accomplish before I leave.  Between June and December, I finished five of them.  Here’s an updated list of things that I really want to do before I go.

I want to see the Tulip Festival in Holland.  This will likely happen-  My partner-in-crime Jenny and I are planning on trying to make it out, but you can’t really plan that too far in advance.  The tulips don’t bloom on a set schedule and if they’re not blooming when you go, it’s a wasted trip.

I kinda want to see Mini Europe in Brussels.  I’ll probably pair Brussels with a visit to Luxembourg-  they’re in a straight line, more or less, and they’re all on my Geographic to-do list.

There’s a bunch of other places in Germany that I want to see.  A selection: Rothenburg ob der Tauber.  Oberhaus Fortress in Passau.  The Tomb of Charlemagne in Aachen’s Palatine Chapel.  The Auto Technik Museum in Heidelberg.

I’m going to see Carnival in Cologne.  I already have my hotel room reserved for the events of Carnival Sunday and the Rose Monday parade.

I’m attending a wedding in July.  I’ve wanted to write a post about weddings here for a while, but I haven’t been to a wedding in Germany yet.  That’s going to change though:  Over the holidays, Jenny and her boyfriend Robert got engaged!   Jenny is my best friend on this continent, and  I’m wildly happy for them both.  I’m sure I’ll be writing about this happy occasion several times this year.

We’re going to Drachenstich!  I found out about this too late last year to make it happen, but I’ve already got tickets for this August.  I’m really looking forward to this!  Drachenstich is a festival in Furth Im Wald which is kind of like Medieval Times, but with a giant robot firebreathing dragon! 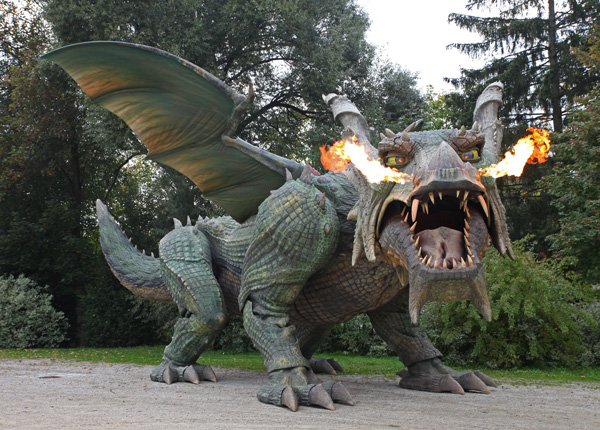 Here’s a trailer thingie so you can get a sense of the festival.

I need to visit more countries.  I haven’t been into Poland, Romania, Turkey, or Croatia yet, and I’d like to.  And maybe Greece, if there’s time.  There’s still so much to see!

If you only had one year remaining to live in your current country, what would you want to do before you had to leave?