There’s only about ten more posts remaining from my time in Japan.  However, I think it’s a good idea to take a break from talking about Japan every so often to look at something else.  Besides, I haven’t finished talking about Minneapolis!

During my trip to Minneapolis back in April, I rented a Nice Ride bike to get around the city a little more quickly.  On my way between the Walker Art Center and the riverfront, I saw some sculptures that looked really familiar.  I was so excited to see them that I dropped the bike on my foot, which caused some bruising and left me limping for the rest of the day.

What I was so excited to see was a courtyard full of these little round bodied statues. 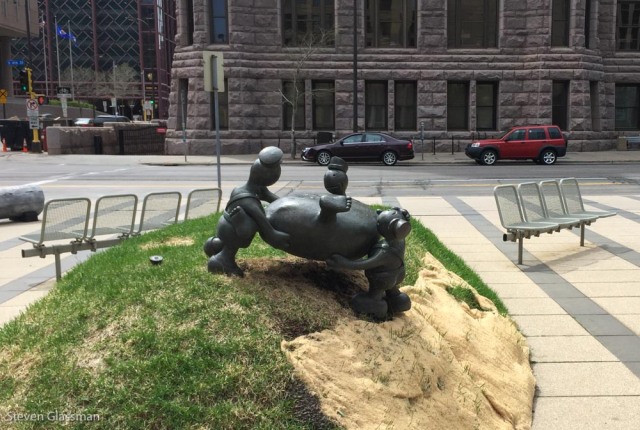 The last time I had seen these little fellows was at an outdoor sculpture garden in The Hague, in the Netherlands.  I looked into it, and sure enough, it was Tom Otterness again. 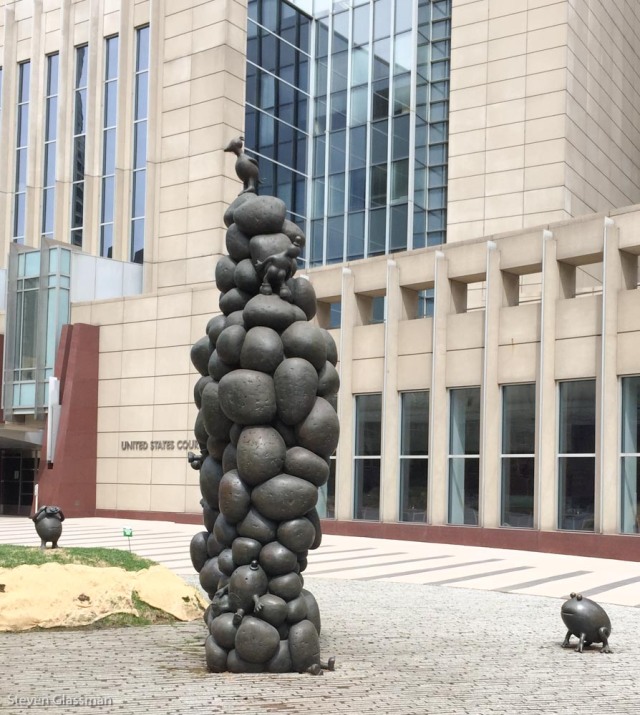 The location, I found out later, is the Minneapolis U.S. Courthouse Plaza, constructed in 1997.

The oddly shaped mounds of earth and grass are called Drumlins.  According to the downtown Minneapolis Skyway-Myway blog, the mounds “suggest the glacial drumlins (an elongated whale-shaped hill formed by glacial ice; the word is derived from the Gaelic word druim “rounded hill,” or “mound”).”

I also learned from the aforementioned blog that the little round bodied sculptures are called “Rockman.”

These two Rockman are my favorite.  (I’m declaring right here and right now that the plural of Rockman is also Rockman.)

I suppose this little fellow would be a Rockturtle?

I also really like this one, and I kinda feel like he’s just doing what I was doing that day. 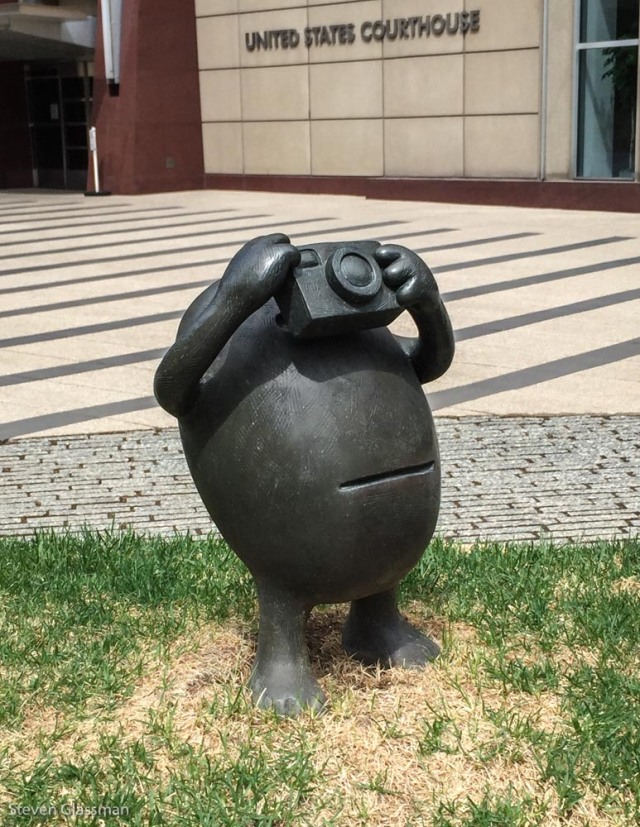 I’m glad that I stumbled across this little sculpture garden.  I found out from my research that there are other places in the US with little collections of Rockman by Tom Otterness.  I feel like I need to go see them all!