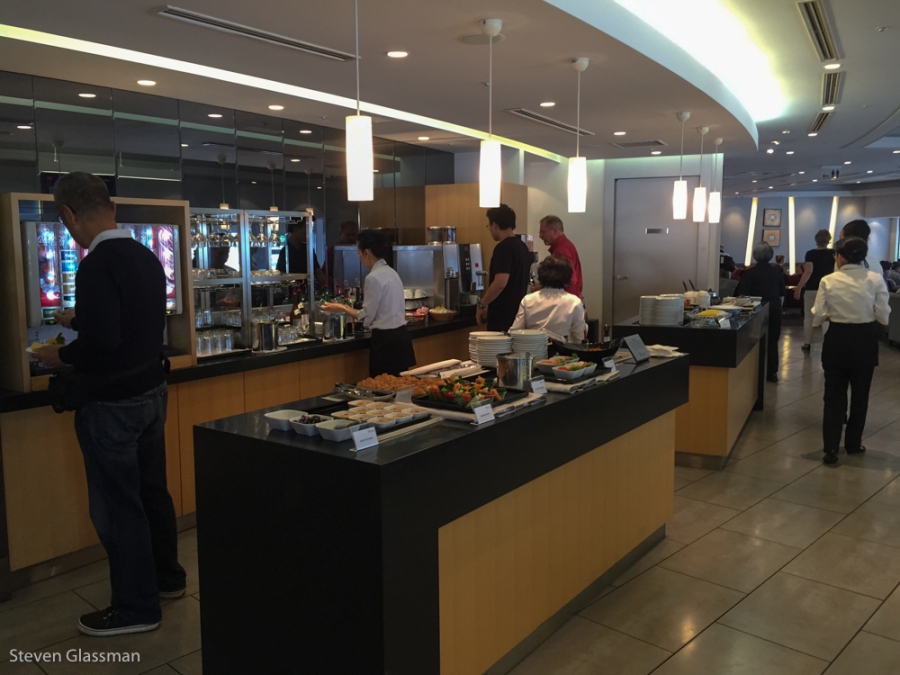 I did a great many things during my five weeks in Japan.  There are a few last things that I wanted to do, but I couldn’t schedule everything.

I wanted to go to the Ueno Park and Zoo. I was close to it many times, since the Ueno station was a major pivot point for my metro travels during the city.  I also had dinner once at the Hard Rock there.  I usually try not to eat food when I travel that I could easily get back home, but sometimes you have to make an exception for the local Hard Rock.

I wanted to stay one night in a capsule hotel.  Capsule hotels are all over Japan, and they’re most commonly found close to train stations.  When the trains stop running, someone who has been out to Nomikai and Sanjikai might want to stay out a bit longer.  If you’ve missed the last train back home, a capsule hotel is an inexpensive way to get some sleep before the morning trains start up.  Each capsule is a tiny space, and the hotel will have shared bathroom and shower facilities outside of the “room.”  If you’ve ever seen the movie The Fifth Element, then you have an idea of what these are like- little horizontal places to sleep without many frills.  Some capsule hotels have televisions inside the capsule, and they almost always have privacy screens on the door.

I wanted to attend a Sumo match. I was in Japan during Sumo wrestling season.  I thought it would be fascinating to see a match.  However, many of the matches were sold out before I found out about them, and those that were not sold out were prohibitively expensive.  Luckily for me, the matches were often broadcast on television, and I was able to watch a series of matches on the television in my hotel room.   Sumo is really neat to watch, as it turns out, even though I don’t know much about the rules.

That about wraps it up for my time in Japan, though.  All that’s left is the flight home.   I’m not one to resist a good instructional sign.

One of my colleagues in the Otemachi office gave me a day-pass to Delta’s Skyclub for me to use on my way out of town.   (Thanks, Chiba-san!)  Since it’s a 24 hour pass, I was able to use it to get away from the airport noise both in Tokyo and also on my layover back in the US.  Tokyo’s Skyclub was better.

This is a peaceful oasis compared to the noise of the International terminal.  Lots of places to sit, eat, read, or just stop for a bit.

Of course there was food and drink available.

If you have a flight longer than about twelve hours, I heartily recommend buying a Skyclub daypass-  the food alone makes up for the cost of it.  There were little salads, crescent rolls, fruit, and other edibles.   In Japan, there was sushi.  On my US layover, there was soup and meatballs.

In Tokyo, there were also little meat skewers and bananas.  I enjoyed the banana…  Bananas are good!

Isn’t this tiny bottle of soy sauce just the most adorable thing?  It’s a tiny salty capsule of squee!

The beverage selection was fantastic.

There were even little automatic beer pouring machines that tilt the glass to get the correct amount of foam in the finished pour.  Food automation is always fascinating to watch.

Have you ever seen such an adorable tiny container of soy sauce?

3 thoughts on “Leaving Japan (via the Skyclub!)”