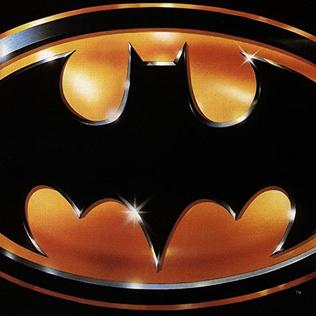 For a while now, I’ve been seeing a meme popping up on BookFace and other social media:

This came up in a conversation the other day, and I spiraled out, because that’s what my brain does when I start thinking about music. I spent several hours compiling (and repeatedly revising) my own list of albums.

These aren’t all necessarily from my teen years though- I chose to go a slightly different direction, listing albums that were very influential to me throughout my formative years. Each of the titles listed was important to me for different reasons during the parts of my life where I was learning who I am. The oldest album on the list was released when I was two years old, although I didn’t hear it until I was a teenager. The newest release on the list came out in 1999, roughly a month after I finished off my bachelor’s degree. Here they are in release order:

Alice Cooper – Welcome To My Nightmare (released March 11, 1975) – By the time I finally heard this album for the first time, I had already graduated high school. This album marked the first time I’d ever heard a song with my name as the title.

That song, “Steven,” is part of a trio of songs that tell a story end to end, in a really fascinating way. I’m also a big fan of Vincent Price’s cameo in the song- to borrow a line from Dana Gould, “he’s my favorite everything!“

Styx – Kilroy Was Here (released February 22, 1983) – In 1983, “Mr. Roboto” was all over the radio, and the sound of it had a sci-fi aesthetic that absolutely appealed to ten-year-old me. This album was released three months before Return of the Jedi hit theaters for the first time, and I was incredibly jazzed for both.

Kilroy Was Here was the first time I had ever really been aware of an entire album having a single story to tell. You never forget your first concept album. The different members of the band play specific characters in the story, and I just thought that was amazing.

I also have a favorite “my brother did that” story about this song- I had been using my little tape recorder, pulling it to the television or the radio to collect the songs that I liked- a precursor to the mix tapes I made later on. One night while my family was gathered together for dinner, I held my trusty tape recorder up to the television while they played the video to Mr. Roboto on “Solid Gold.” About two-thirds of the way into the video, my brother exclaimed, “I finally understand this song.” This was the only version of Mr. Roboto I had on tape for years to come.

It was in a classroom- I don’t even remember which one now. I don’t remember the name of the guy who first let me hear Depeche Mode on his walkman, but I still remember his spiked up black hair and his so-shiny patent leather boots. He was the first of many, many, many friends who listened to goth, industrial, synthpop, post-punk, and electronic music. He had tapes for his Walkman tape deck with Depeche Mode, The Cure, The The, and a few others. (Side note: Try searching for “The The” in most search engines. Without qualifying words like song titles, it’s an exercise in frustration.) He let me listen to a few songs from this album and I was hooked- and Depeche Mode went into my mental playlist forevermore.

Weird Al Yankovic – Dare To Be Stupid (released June 18, 1985) – Needless to say, I was already a Weird Al fan when Dare To Be Stupid dropped into stores. Ironically, it was Al’s originals that brought me to his fandom, not his parodies.

I spent my middle school days waiting in the lunch line with Brian and Phil, singing all the songs from “In 3-D,” especially Midnight Star and Nature Trail To Hell. When I got my copy of Dare To Be Stupid, I immediately gravitated to Slime Creatures From Outer Space, This Is The Life, One More Minute, and of course Yoda. To this day, Dare To Be Stupid is a regular feature during my karaoke nights, and I’ve seen Weird Al live several times. The most recent live Weird Al show I attended was just last summer, thirty-five years after the first time I heard one of his amazing polka medleys.

Information Society – Information Society (released June 21, 1988) – When InSoc dropped their self-titled album, I was regularly attending parent-mandated group therapy, and I listened to this tape over and over again while driving to and from the doctor’s office where my therapy was held.

I practically wore out the tape- I already knew that I loved electronic music, and the theatricality of Kurt Harland, Jim Cassidy, and Paul Robb immediately caught my attention.

It took almost another three decades before I was finally able to see them live- partly because the band broke up after the third album. I purchased every one of their albums, including 1997’s “Don’t Be Afraid,” which was released by Kurt Harland without the rest of the group.

The band members went on to do their own things for a while: Harland writes music and does audio engineering for video games, Cassidy is faculty at Oregon State University, and Robb continued to make music without the Information Society name. They reformed the band in 2006, and I was finally able to catch them live a few years later. I’ve seen them three times now, twice by flying to a show in another state, and it’s a great show every time.

This album was originally supposed to include “Hole In My Heart (That Goes All The Way To China)” from the movie soundtrack of Vibes, but when the movie didn’t do well they reworked it. Several of my favorite Cyndi Lauper songs were hilariously never on any of her albums.

In any case, the summer of 1989 was the summer before my senior year of high school, and the music on A Night To Remember spoke to my nascent longing and romanticism in ways that no other music had before. Plus the drums in “I Drove All Night” really slap.

Prince – Batman (released June 20, 1989) – The summer of 1989 saw the release of the first Michael Keaton Batman movie. I had a job that summer as a dishwasher in a Wag’s Restaurant- they no longer exist, and the location where I worked in the River Bridge shopping center in Lake Worth is an IHOP these days.

That summer, I had a Walkman and a bag full of cassette tapes. I would spend time with my high-pressure water spray, and Prince. Or Paula Abdul. Or Cyndi, from the last album I mentioned. Or even Milli Vanilli, before they were discredited.

I’ve been a fan of Prince ever since the first time I heard his music, but when he did the soundtrack to a comic book movie, two of my favorite things in the world commingled. This album is also the source of a joke that I listened to hundreds of times before finally getting it one random afternoon just a few years ago. Yes, it took me nearly thirty years to grok the punchline of this joke. And no I’m not going to tell you which joke.

Erasure – Chorus (released October 14, 1991) – I’ve seen Erasure in concert several times, and while my favorite Erasure tour was absolutely the amazing Nightbird tour around 2005, that wasn’t my favorite album from Andy Bell and Vince Clarke. That honor belongs to Chorus.

This album just saw a thirtieth anniversary release, not in the United States of course, with remasters of the original ten songs, a second disc of remixes, and a third disc containing the entire album performed live in Manchester from 1992. Of course I lapped up the entire thing- Chorus was the soundtrack to my 1992, end to end. The number of memories I have pertaining to people and places around this album cannot be counted. To this day, “Am I Right” is a song that I hum to myself whenever it rains. (Unless I’m singing that other song about rain, that is.)

Toys – Music from the Motion Picture Soundtrack (released December 15, 1992) – I don’t get to talk about it much these days, but my first job ever was at a movie theater. Over the years, I’ve worked at five different movie theaters, and in 1992 I was working in a theater that played Toys.

This brilliant Robin Williams movie contained a fantastic cast. (To this day, some of my electronics are named after Joan Cusack’s character.) The soundtrack includes some of the most original and creative music I’ve ever heard, including a few tracks that I go back to over and over again throughout the years. I’m especially fond of “The Closing of the Year,” featuring Wendy and Lisa (who are themselves better known for being part of Prince’s band The Revolution.) I tend to spin up that song on New Year’s Eve, in a sort of personal musical tradition.

I’ve found that a well-curated movie soundtrack can be a thing of beauty and wonder, and this is one of my favorites. (See also: Cool World, The Crow, Mortal Kombat — amazing soundtracks, all.)

VNV Nation – Empires (released in 1999 in Europe, and May 16, 2000 in the US) – While I was a University of Central Florida student in Orlando, there was a stretch of time where I was going out dancing five nights a week. I had a tremendous rotation of clubs that simply is not possible in the city now.

The amazing Embassy Music Hall is a fricking Wal-Mart Grocery now. I can’t remember precisely where Club Zen was, but I think it’s currently called the “Tequila Lounge Club.” Cairo was downtown but it’s not there anymore. The Blue Room? That’s gone too. The only one of the original clubs from that time still standing is Barbarella, which was renamed the Independent Bar and now only has the kind of music I want to dance to once a month, stupidly always on a Monday.

In late 1999, I had just completed my degree, and I was forced to move back to South Florida even though I didn’t want to leave Orlando. VNV Nation was already well played in the kinds of clubs I went to, but when this album dropped, their music was suddenly everywhere. It was the first album in quite a while that I could listen to end-to-end without feeling the urge to skip to something else. For a span of several years in the early 2000s, this type of music- EBM and synthpop- was my most listened to genre. At a time where I was sort of adrift, many of these songs soothed me in a way that I could never really articulate. Even today, when the mood is just-so, this is the kind of music I seek out.

I realized while I was writing this post that with the exception of the soundtrack to Toys, I’ve seen the artists of the other nine albums live. All of them. Most of them I’ve seen more than once. I find that kind of remarkable, but also not very surprising.

Also, I came up with a smaller list during the making of the list above which contains five much more recent albums that I enjoy enough to listen to end-to-end. Just for giggles, here’s those five with absolutely zero additional commentary:

I listed ten of my most influential albums in this post. Now tell me one of yours!

4 thoughts on “That Ten Albums Meme”